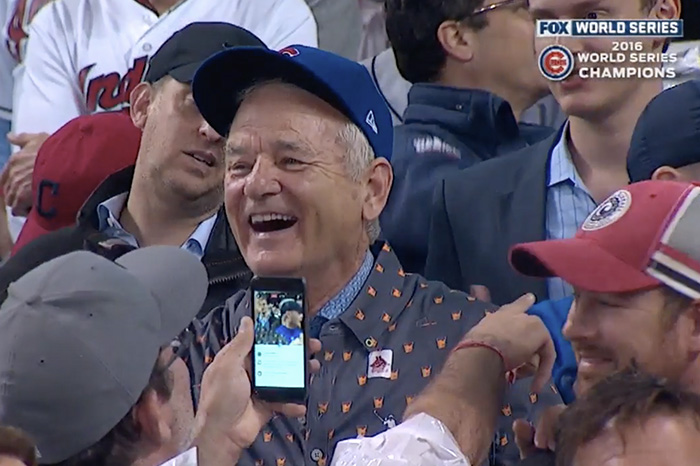 The beloved actor, comedian, and Stern Show favorite traveled to Cleveland to watch the highly anticipated game in person and, as it wore on, Fox’s cameras frequently cut to his every reaction.

When the Cubs finally bested both Mother Nature and the Cleveland Indians in the 10th inning to win the team’s first championship in 108 years, Murray joined the players in the clubhouse to celebrate the incredible win.

Check out the videos of Murray — born in Evanston, Ill. — reacting to the win (below):

BILL MURRAY interviews & celebrates with the @Cubs‘ @DexterFowler.This is too good. #WorldSeries https://t.co/sP8FmWoo4I