Check out the 25-year-old musician's new tracks, “Castle on the Hill” and “Shape of You” 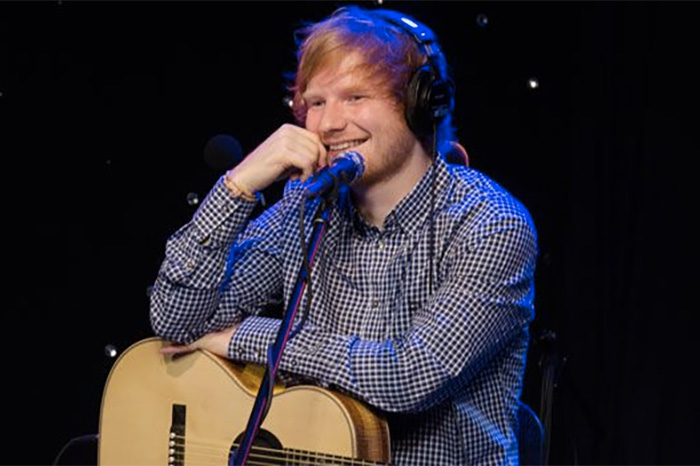 Friend of the Stern Show Ed Sheeran released two new songs on Friday: “Castle on the Hill” and “Shape of You.” The talented English singer-songwriter teased the tunes on Facebook, Twitter, Snapchat, and Instagram over the past few weeks before finally releasing them in full.

On Dec. 12, 2015, Ed famously took a break from social media to “travel the world and see everything [he] missed.” Exactly one year later he made his triumphant return and began teasing his new songs and artwork for the new tracks off his upcoming third studio album, which Ed has previously described as “the best thing I have made thus far.”

On Friday, Ed also dropped the lyric videos for both songs and made them available on iTunes. Have a listen (below).

“Castle On the Hill”

Click here for more on the songs and Ed’s triumphant return. Click here to look back at Sheeran’s most recent visit to the Stern Show.