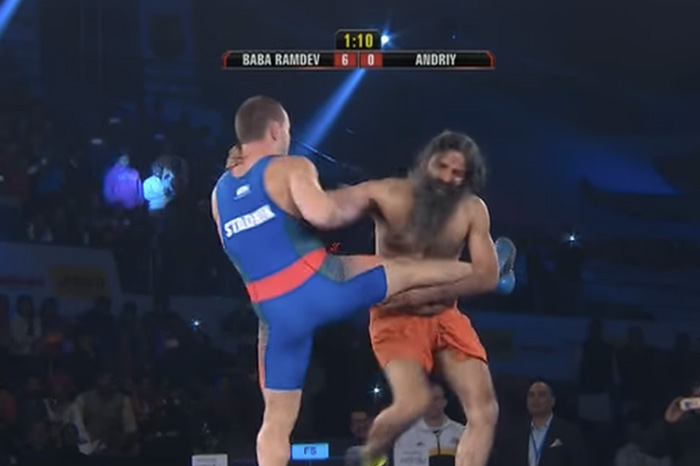 As it turns out, the People’s Elbow may be no match for Downward-Facing Dog.

Footage from the event was published Thursday to YouTube and the unusual video quickly gained traction. While many commenters are quick to note that Standik—who took home a silver medal for Ukraine at the Beijing games in 2008—doesn’t appear to be giving Ramdev his all, there’s no question that watching a bearded, bellied yogi thump an Olympian is a bizarre sight to see.

No word on whether or not Ramdev practices yoga in the nude…like certain Stern Show staffers.