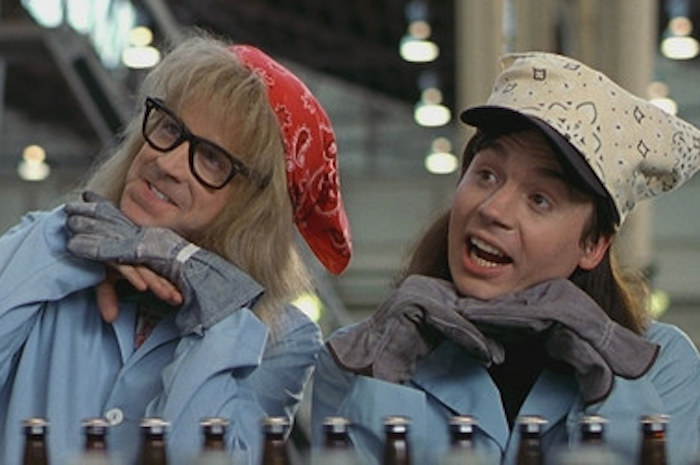 All of the above, actually, as the 1992 Mike Myers-Dana Carvey comedy will be returning to select theaters on Feb. 7 and 8 in celebration of its 25th anniversary. The “Wayne’s World” screenings will be held across the country, accompanied by a pre-recorded roundtable discussion which will run after the film, featuring director Penelope Spheeris, certain cast members, and Rolling Stone film critic Peter Travers.

Dana Carvey, a.k.a. Garth Algar himself, sat down with Howard in 2016 and touched upon his entire career, including of course “Wayne’s World.” Dana discussed the origins of his participation in the “Saturday Night Live” sketch-turned-box office smash: “We were never meant to be a comedy team.” he told Howard. “Mike just invited me into the sketch. But you know, I’m really grateful that he did.”

In addition to the screenings, Paramount will be releasing a new DVD and digital “Wayne’s World” double feature, which will include a few featurette and director’s commentary.

Find out where “Wayne’s World” is screening near you here.