The “Late Show” host will play master of ceremonies for CBS's Sept. 17 broadcast 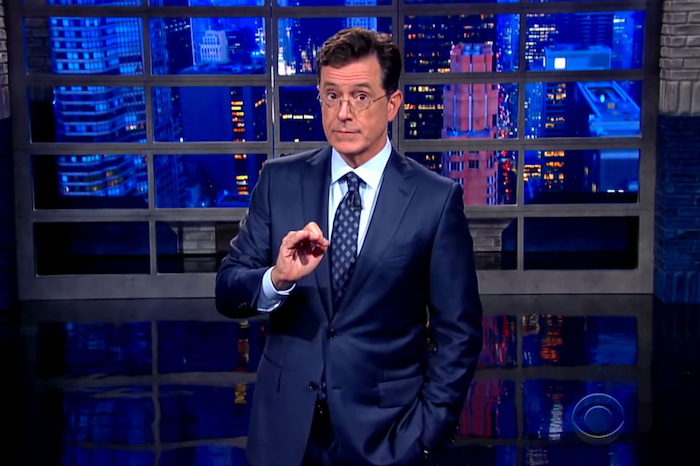 Stephen Colbert will host the 69th Primetime Emmy Awards on CBS. The “Late Show” star will be hosting the ceremony for the first time.

“This will be the largest audience to witness an Emmys, period. Both in person and around the globe,” Colbert said in a statement.

The announcement comes amidst a resurgence in Colbert’s “Late Show” ratings, which last week were as high as they’ve been since his debut last September. Colbert follows Jimmy Kimmel who hosted the Emmys in 2016, ending the ceremony with a “Hit ‘Em with the Hein.”

“We are thrilled that Stephen Colbert will be bringing his Emmy-winning comedic talent to hosting this year’s Emmy Awards,” Television Academy chairman and CEO Hayma Washington said.