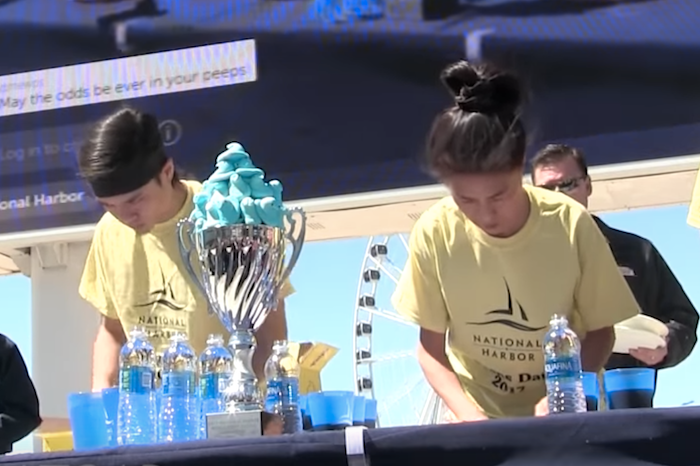 As Richard Christy and Wolfie learned recently at Wing Bowl 25, competitive eating is a simultaneously fascinating and horrifying activity to behold. As it turns out, it reaches a whole other level when sugary, soft Peeps are involved.

Check out the full video of Stonie breaking the Peep eating record (below).