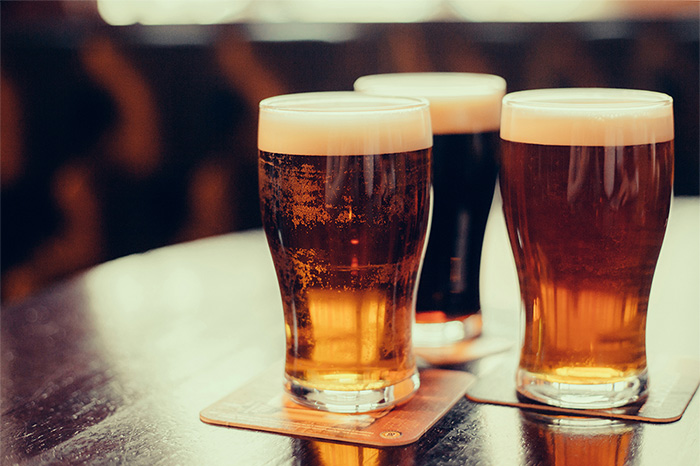 There’s good news for those who drink to dull the pain (but bad news for upcoming dad Richard Christy’s curbed drinking) – a couple beers might be a more effective analgesic than Tylenol, according to researchers at Greenwich University in England.

Their findings, published recently in the “Journal of Pain,” are the result of combing through 18 previous pain-related studies which looked at 400 individual cases. After crunching the data, Greenwich researchers determined that a person with a blood alcohol content (BAC) level of .08 is granted an increased pain tolerance as a side effect, as well as a reduction in total pain felt by up to 25 percent.

“It can be compared to opioid drugs such as codeine, and the effect is more powerful than paracetamol (generic Tylenol),” the study’s author Trevor Thompson said, according to Tucson News Now.

A drinker may need to ingest three or four beers to get to a .08 BAC level, according to the report, though the exact amount would depend on several additional factors, including the drinker’s mass and tolerance for alcohol. One could theoretically dull the pain even more by getting their BAC even higher, however it would likely require imbibing more than health experts recommend. Thus, Thompson ultimately cautioned against using alcohol as a painkiller.