Other performers at “One Love Manchester” on Sunday include Justin Bieber, Katy Perry, Niall Horan, and Pharrell Williams 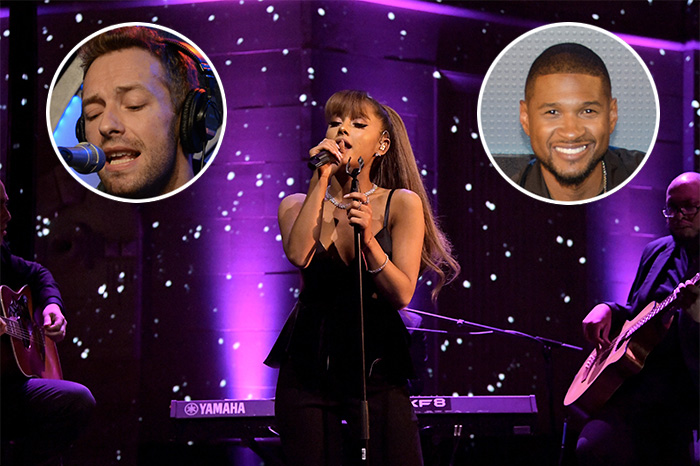 Usher, Coldplay, and Miley Cyrus are just a few of the talented acts scheduled to perform along with headliner Ariana Grande at Sunday’s “One Love Manchester” benefit concert in Manchester, England. The event will take place at the city’s Old Trafford Cricket Ground, less than two weeks after a bomber killed 22 people at her concert in Manchester.

Grande set the date for “One Love Manchester” on Tuesday via Twitter, revealing proceeds from the concert will go directly to the “We Love Manchester Emergency Fund,” a charity set up to help the families of those affected by the recent attack. Other performers set to hit the stage include Justin Bieber, Katy Perry, Pharrell Williams, and Niall Horan.

“We will not quit or operate in fear. We won’t let this divide us. We won’t let hate win,” Grande said last week in a statement posted to Twitter. “Our response to this violence must be to come closer together, to help each other, to love more, to sing louder and to live more kindly and generously than we did before.”

“Music is meant to heal us, to bring us together, to make us happy. So that is what it will continue to do for us,” she added.

Usher made his Stern Show debut last August and discussed several topics with Howard, including his relationship with fellow “One Love” performer Bieber. Click here for more on that conversation. Coldplay frontman Chris Martin, meanwhile, last joined the Stern Show in 2016 and paid tribute to the David Bowie with a haunting cover of “Life on Mars?” Listen (below).

“One Love Manchester” will be broadcast live on BBC Television on Sunday, June 4. Tickets for the event go on sale Thursday. Click here for more information.