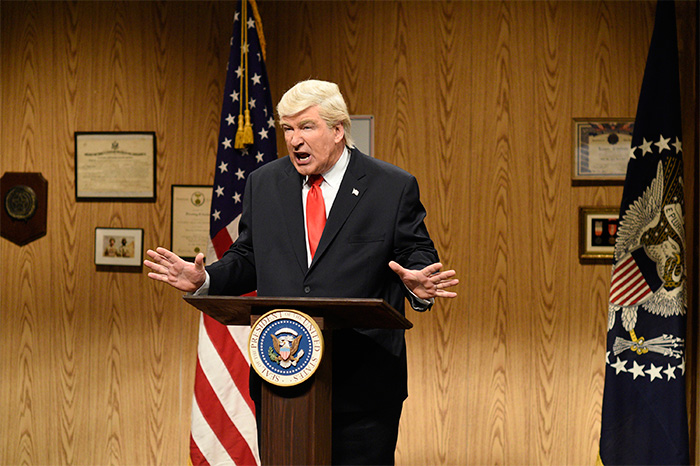 The actor, podcaster, and frequent Stern Show guest revealed Monday he will once again portray the president on the upcoming season of “Saturday Night Live.”

“Yeah, we’re going to fit that in. I think people have enjoyed it,” he told CNN during an interview to promote his upcoming movie “Blind.”

He went on to say his jam-packed schedule will limit his appearances this season, explaining that viewers of NBC’s long-running sketch-comedy series may only get to feast on “a couple celery sticks” worth of Trump as opposed to a “whole meal” when the show returns for Season 43 in the fall.

The 59-year-old actor—who has hosted “SNL” a record 17 times—debuted his impression of then-candidate Trump during the show’s coverage of the 2016 presidential election. He then revisited the character multiple times, helping the late-night series to its most-watched season in 23 years.

Alec explained precisely what goes into his impression when he visited the Stern Show in April. “You’re trying to bite the face off of the person in front of you,” he told Howard, adding “the wig is everything. Once they put the wig on you, you’re home.”

He also shared the story of how he became Trump in the first place: