Legendary rock band also announces upcoming performances with The Who 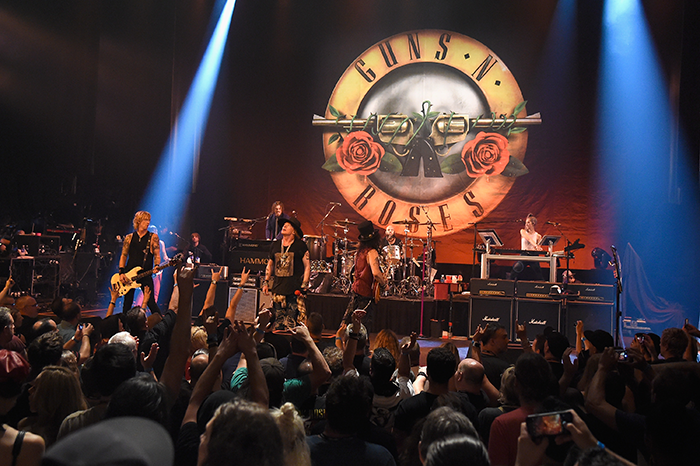 Guns N’ Roses has added new dates to its “Not in This Lifetime…” world tour following the band’s 30th anniversary concert at the Apollo Theater, broadcast live on Howard 101.

The legendary rock band’s newly added performances include extra dates at Madison Square Garden, as well as Toronto’s Air Canada Centre and The Forum in Los Angeles, according to Pitchfork. GNR also revealed The Who will join them for two September concerts in Rio de Janeiro and Buenos Aires.

Last week two listeners and Guns N’ Roses super fans competed on the Stern Show to win tickets to the band’s exclusive concert at the Apollo Theater. While Tyler bested Anthony in a wild, five-round trivia contest, Howard generously wound up giving tickets to both participants. Read more about the competition here and watch video of Stern Show staffer Richard Christy drumming on his colleague Sal Governale’s butt (below):

Guns N’ Roses’ “Not in This Lifetime…” tour continues Thursday in St. Louis, where the band will be performing with the Deftones. Other acts set to join the tour at various stages include Sturgill Simpson, Live, Our Lady Peace, and past Stern Show performers Royal Blood and ZZ Top. Get more info here.