Listen to David Crosby’s New Song ‘Sell Me a Diamond’ 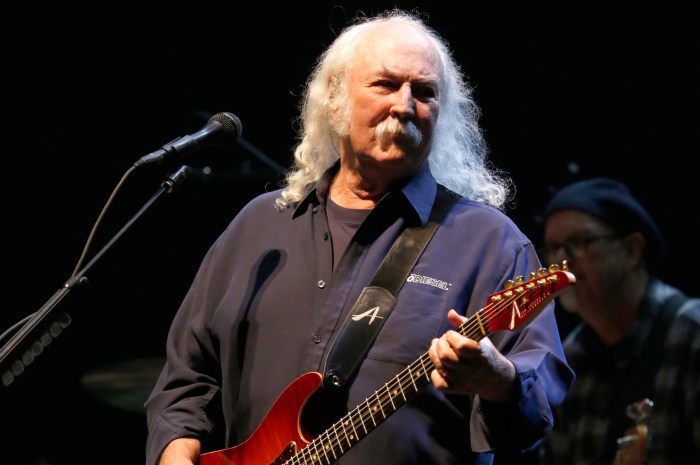 It’s a buyer’s market for rock legend David Crosby, who just dropped “Sell Me a Diamond,” the latest track off his upcoming “Sky Trails” EP.

Taken literally, the lyrics of his keyboard-heavy, steel guitar-infused cut concern a jeweler and a potential customer negotiating the terms of a conflict-free diamond transaction. According to NPR, however, it also serves as a metaphor for Crosby who may well be “a man at odds with the evil in the world, endlessly seeking artful but effective ways to respond to it.”

Listen to the song (below) and decide on an interpretation yourself.

The two-time Stern Show guest and two-time Rock and Roll Hall of Famer wrote “Sell Me a Diamond” with his son James Raymond, who produced it and plays keys alongside Greg Leisz and Jeff Pevar on the steel guitar and guitar, respectively. It’s the second track he’s released off “Sky Trails, following “She’s Got to be Somewhere.”

When David returned to the Stern Show studio in 2015, he spoke to Howard all about his years with the Byrds and Crosby, Stills, Nash, & Young, as well as the feud he had with CSNY bandmate Neil Young. “I’ll tell you the truth about that … I screwed up. I shot my mouth off when I shouldn’t have,” Crosby explained. Listen to the conversation (below) and click here for more from the interview.