Sylvester Stallone to Play Himself on ‘This Is Us’ 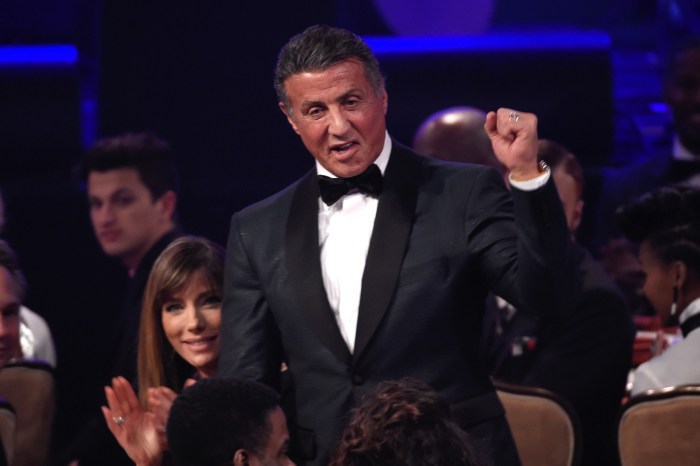 Sylvester Stallone has signed on for a guest spot on “This Is Us.”

“Kevin’s character is shooting his big movie and we needed a big co-star with him,” Fogelman explained. “Sly Stallone is going to come and do a part on the show as Justin [Hartley’s] co-star/father figure on the film,” he added.

This isn’t Stallone’s first time playing dad to one of “This Is Us’s” regular cast members, either. Milo Ventimiglia, who plays patriarch Jack Pearson on the series, previously played Sly’s son in the 2006 film “Rocky Balboa.”

“Milo obviously knows [Stallone] really well, and that was a big reason why he’s doing it,” Fogelman explained. “We have a great script for him, I think it’s going to be really exciting.”

It’s unclear if any other big-named guest stars are lined up for Season 2, but several Hollywood heavyweights made cameos on Season 1, including Ron Howard, Seth Meyers, and the late, great Canadian actor Alan Thicke.

“This Is Us” Season 2, also starring Mandy Moore, Sterling K. Brown, Chrissy Metz, premieres Sept. 26 on NBC. In the meantime, check out a recap of Season 1 (below).