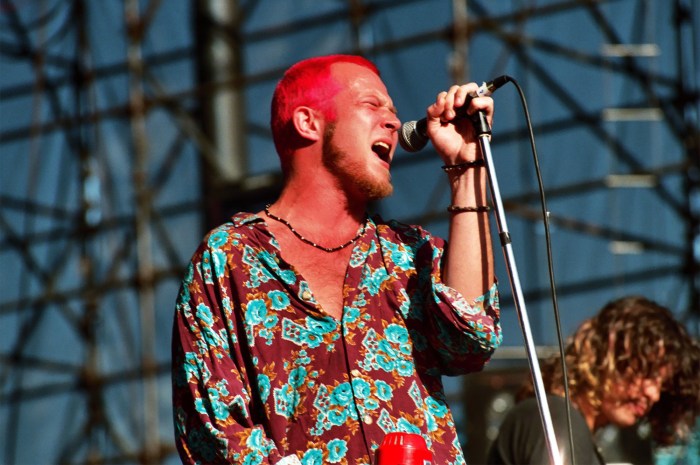 Stone Temple Pilots dropped an unplugged and previously unreleased version of one of their biggest hits, “Wicked Garden.”

The groundbreaking grunge band has released the track ahead of several forthcoming 25th anniversary editions of “Core,” their landscape-altering, 8-times platinum debut effort. The Super Deluxe edition of the reissue will include the band’s 1993 “MTV Unplugged” performance, during which they played early hits like “Creep” and “Plush” as well as “Wicked Garden” (below).

Bassist Robert DeLeo—one of the San Diego-based band’s co-founders alongside drummer Eric Kretz and late singer Scott Weiland—gave an interview ahead of the “Core” reissue and revealed he was actually quite nervous when the band took the “MTV Unplugged” stage.

“There’s something about volume and turning things up so loud that allows you to hide behind the wall of sound, and there we were doing something we’d only done together when we were alone in a room, just us,” DeLeo said. “I remember getting to ‘Creep,’ and I have a little vocal part in there where I answer Scott, and looking back at the video you see my hands were shaking, I was so nervous. It was part of growing as a musician in front of a large audience. No one prepares you for that.”

Weiland and the band visited the Stern Show multiple times over the past few decades. Howard shared fond recollections of his visits and musical abilities after the 48-year-old front man died in late 2015. “I remember being blown away by how original their music was,” Howard said. “There was real power in that music.”