Famed comedian and musician also imitates Ed Sheeran and Bruno Mars in faux infomercial for “The Long-Awaited Album,” due out Sept. 22 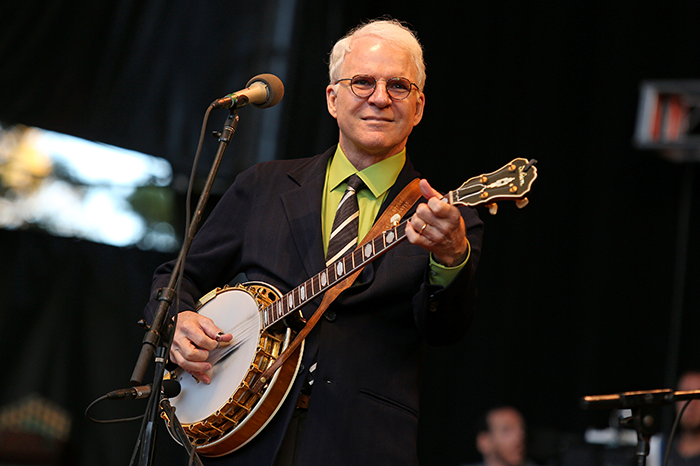 Legendary actor, comedian, and musician Steve Martin is back with a new bluegrass tune accompanied once again by the Steep Canyon Rangers. The lead single from the group’s forthcoming “The Long Awaited” album—due out Sept. 22—is entitled “Caroline” and features Martin’s deft banjo (and vocal) work setting the scene for the story of a tough breakup.

“Research has shown that there are many, many songs with the title ‘Caroline,'” Martin told Rolling Stone. “However, this is the only good one.”

In 2016, Steve made his long-awaited Stern Show debut to discuss his Tony-nominated bluegrass musical “Bright Star” as well as his storied career in the entertainment business. Check out the highlights from his visit here.

“The Long-Awaited Album” is due out on Sept. 22. Click here for more information.