“An Evening You Will Forget for the Rest of Your Life,” produced by Lorne Michaels, debuts this summer 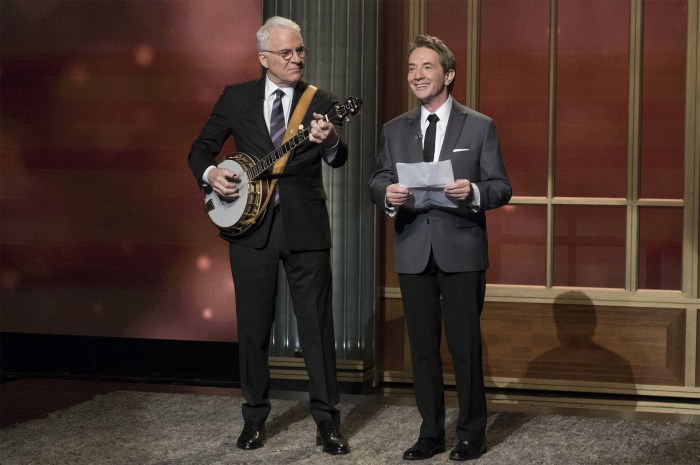 The Stern Show veterans and old-school comedy legends announced plans to bring their current stand-up musical tour “Steve Martin and Martin Short: An Evening You Will Forget for the Rest of Your Life” to Netflix this summer. They broke the big news Tuesday on Twitter … in a video capturing only two-thirds of their heads. “Now we’re like Chris Rock and Dave Chappelle except for the pay!” Steve wrote in the caption, referencing two of the digital streaming giant’s other recent (and reportedly lucrative) comedy deals.

The Lorne Michaels-produced special was filmed in Greenville, S.C., on Friday during a stop on Steve and Martin’s tour, according to reports. The show reportedly features a variety of material, from musical sketches to conversations about the icons’ lives and careers. It also includes music from Steve’s band, the Steep Canyon Rangers.

Steve and Martin both made their Stern Show debuts rather recently and despite sitting down with Howard separately each one wound up talking about the other during their interviews. Martin visited the studio first, in 2014, and spoke to Howard about a variety of topics, including working with Steve on their 1986 comedy “¡Three Amigos!” Steve, meanwhile, sat down with the King of All Media in 2016 and discussed among other things returning to stand-up comedy alongside Mr. Short. Listen to an excerpt from that interview (below).

“Steve Martin and Martin Short: An Evening You Will Forget for the Rest of Your Life” runs through October. Get tour info here and watch the announcement for their Netflix special (above).