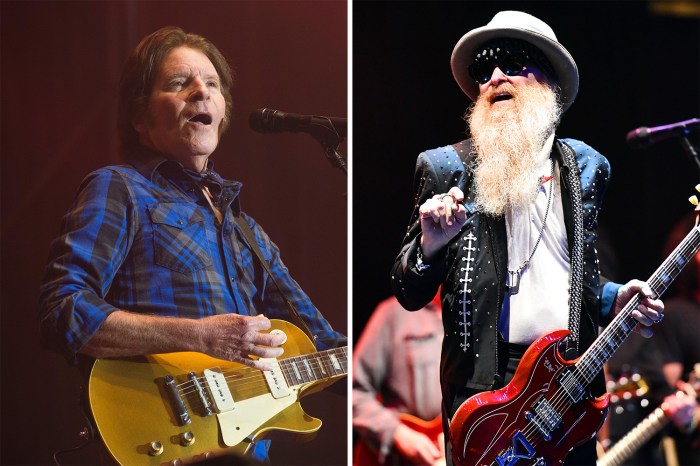 John Fogerty and ZZ Top are joining forces this spring for the Blues and Bayous concert tour, a 24-date event kicking off May 25 in New Jersey and concluding June 29 in Minnesota.

The Rock and Roll Hall of Famers and past Stern Show guests praised each other in a statement announcing the team-up. “Riffs, blues and bayous … bucket list!” said Billy Gibbons, ZZ Top’s guitarist and lead vocalist. “John Fogerty along with ZZ Top have been followers of blues and rock since the beginning, and we’re looking forward to rippin’ it up together this spring.”

As if two legendary rock acts for the price of one ticket weren’t enough, John and ZZ Top will be joined by music icon and fellow Stern Show veteran Willie Nelson for the tour’s June 26 stop in Michigan.

When ZZ Top made their Stern Show debut in 2013, the rock icons spoke to Howard all about their unique style as well as the inspiration behind their greatest hits. Gibbons and company also performed “La Grange” and “Chartreuse” live in the studio. Fogerty, meanwhile, made his most recent Stern Show appearance in 2015. In addition to discussing his childhood, his first big hit with Creedence Clearwater Revival in “Fortunate Son,” and performing at Howard’s 2014 Birthday Bash, John dazzled listeners with a live, in-studio rendition of “Have You Ever Seen the Rain?” Check it out (below).

Tickets for Blues and Bayous go on sale Friday at 10 a.m. Get more information and a full list of tour dates here.