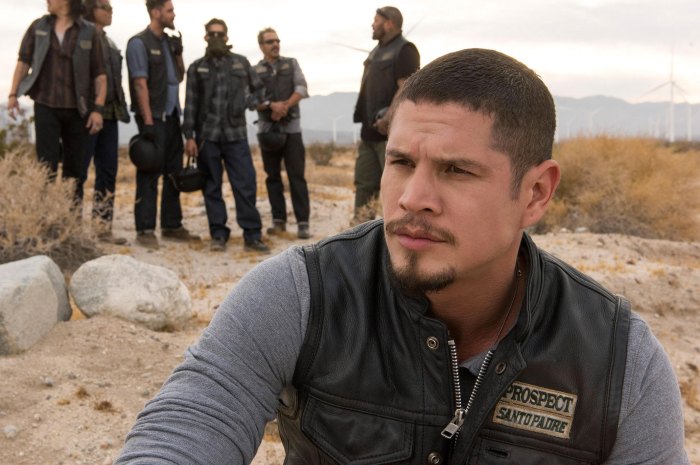 Kurt Sutter has finally revealed when his highly anticipated “Sons of Anarchy” spinoff will kick into gear.

The acclaimed TV showrunner and 2013 Stern Show guest took to Twitter this week and dropped both a fresh teaser and a premiere date for he and co-creator Elgin James’ upcoming biker drama “Mayans M.C.,” debuting Sept. 4 on FX. Take a look (below).

Set once again to a Spanish-language version of Rolling Stones’ classic “Paint It Black,” the new chrome-plated teaser doesn’t offer up any further plot points about the show. However, several key details have already been revealed. “Mayans M.C.” takes place after the events of “Sons of Anarchy” and follows Ezekiel “EZ” Reyes (JD Pardo), a newly paroled prisoner who returns to his hometown near the California-Mexico border and becomes a “prospect” for the Mayan M.C., a rival motorcycle club featured prominently on “Sons of Anarchy,” which concluded in 2014.

Sutter memorably joined the Stern Show in 2013 along with his wife, Golden Globe-winning actress and longtime “Sons of Anarchy” star Katey Sagal. In addition to discussing his upbringing and early career, Kurt talked to Howard about plans to end “Sons of Anarchy” after Season 7. He also shared a long-gestating idea he had for a “Sons of Anarchy” spinoff, though at the time it seemed Kurt was leaning more toward a prequel than a sequel series about a rival gang.