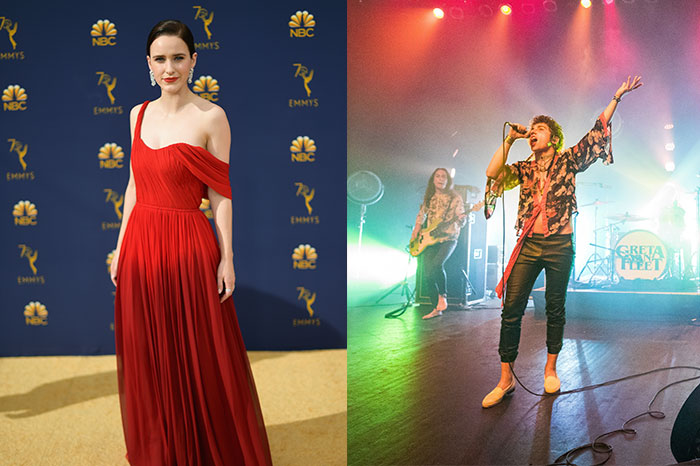 “Saturday Night Live” looks to be kicking off a new year with some brand-new guests.

For Greta Van Fleet, the gig comes a few months after the release of their debut LP “Anthem of the Peaceful Army.” The band, which last year participated in Howard’s all-star tribute to the late David Bowie, is also up for four awards at next month’s Grammys, including Best New Artist and Best Rock Album.

For Brosnohan, the appearance comes on the heels of Sunday’s Golden Globe win for Best Performance by an Actress in a Television Series – Musical or Comedy. The actress has been dominating her categories as of late for her work on Amazon’s “The Marvelous Mrs. Maisel,” which sees her playing a 1950s housewife turned stand-up comedian.

The Jan. 19 episode will be “SNL’s” first since its 2018 finale with host Matt Damon, featured guests Robert De Niro and recent Stern Show veterans Alec Baldwin and Ben Stiller, and musical guest Miley Cyrus, who joined the Stern Show in December to debut a Christmas duet with Robin Quivers and preview her “Saturday Night Live” songs.