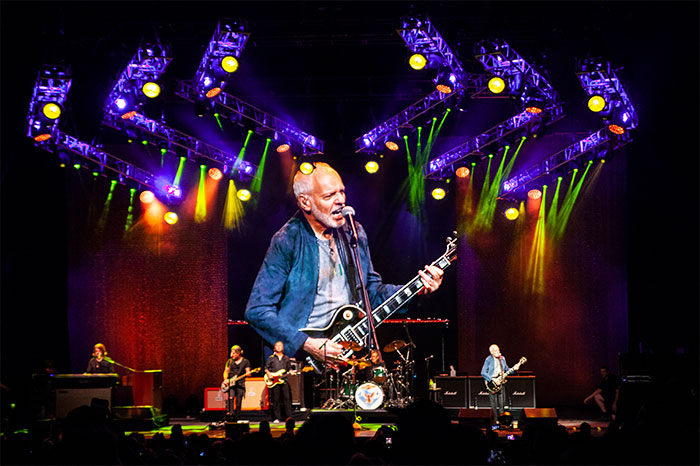 Robin Quivers spent some quality time over the weekend with her colleagues Fred Norris, Gary Dell’Abate, Jon Hein, and Steve Brandano. “We had dinner and then went to the Peter Frampton concert,” she told Howard on Monday morning, adding, “A friend of mine was quite taken with Fred. She thought he was wonderful … I had to sit there and listen to how wonderful Fred was the next day.”

Frampton last visited the Stern Show in March and explained his next tour would be a farewell one because he had been diagnosed with the chronic muscle-weakening disease inclusion-body myositis. According to Robin, however, I.B.M. didn’t stop the rock legend from putting on a fantastic show. “Frampton was really good. Oh my God,” she said, explaining John Bonham’s son Jason Bonham also served as the opening act.

While the concert was great, the group’s pre-show meal apparently caused a bit of consternation. Brandano had to change the reservation to a new restaurant because the first one was too club-like for the group to enjoy. He settled on a trendy restaurant called Legacy Records, but the swanky venue may have turned off Jon, whose ambivalence toward fancy food is well known.

“Jon did not join us for dinner,” Robin said. “We’re all figuring that he looked at the menu and said ‘Never mind, I’ll get a hot dog at Madison Square Garden.’”

Howard wondered if the fast food enthusiast ever got his hot dog. According to Fred and Gary, Jon ate two.