VIDEO: See What Wack Packers Ass Napkin and Will the Farter Are Doing to Make Money on Cameo

“This is not worth 19 dollars,” co-host Robin Quivers says after trying to make sense of one video

Computer programmers, customer service representatives, and “Jack and Rod” aren’t the only people working from home since the onset of the pandemic. An increasing number of well-known personalities now earn money on Cameo, a video-sharing website connecting fans with everyone from A-list stars like Mandy Moore to Wack Packers like Jeff the Drunk.

On Wednesday morning, Howard revealed several familiar faces had joined the site since the Stern Show last checked in. Wack Packer and noted pinworm host Ass Napkin Ed now sells personalized messages on Cameo for the low price of $19 each. After playing one of his “pep talk” videos on the air, however, co-host Robin Quivers decided customers were still getting a raw deal.

“This is not worth 19 dollars, Howard,” Robin said. “He hasn’t said a complete word yet.”

Will the Farter, on the other hand, charging $50 a pop, seemed capable of putting on a more entertaining show. Howard played a clip of the longtime Stern Show guest performing a flatulence-filled rendition of “Happy Birthday” on Cameo and admitted he kind of saw the appeal.

“Farts are just funny, especially his because it always sounds like he’s on the verge of shitting his pants,” Howard said.

King of All Blacks eventually called in to report he’d found success on the website, too. “Cameo has been good to me,” said the longtime caller who charges $45 per video. “I was on Cameo for about a year, and I made $18,000.” 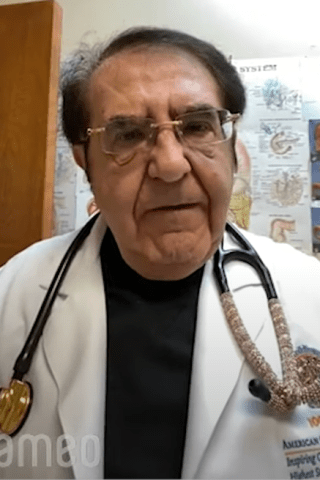 Mariann From Brooklyn Gets Howard a Dr. Now Cameo

Will the Farter Remembers Mom With ‘Taps’ Tribute
You Give us your email Address we'll give you even more howard!