The Stern Show’s resident “bad cowboy” has once again made a questionable decision.

On Monday morning, Howard announced Memet Walker was engaged to his now-fiancée Mary. Joyous though that news was, the staffer planned to tie the knot on a workday.

“I was happy for the guy but … he’s getting married on a day we do the radio show, and he invited a whole bunch of people from the show to go,” Howard said. “If they’re working for me they can go to Memet’s wedding, but don’t bother coming back.”

“You have no idea the extent I’ve gone to not piss you off in any way during this whole, uh, marriage,” Memet told Howard, insisting the timing for his West Coast ceremony was due to events beyond his control. Furthermore, he vowed to work the morning of the ceremony before saying “I do” later that night.

Even so, Howard couldn’t understand why Memet bothered to invite the other staffers at all, considering it would be nearly impossible for them to attend without missing work.

“I’m damned if I do, damned if I don’t,” Memet said, suggesting his colleagues would’ve been equally miffed if he failed to invite them. “They can turn it down and I completely understand and there will be no hard feelings at all.”

Some staffers saw their invites as invitations to give the happy couple a gift. “I’m one of the guys who’s upset,” Memet’s colleague Jason Kaplan admitted, explaining he was excited to receive the invitation before he realized it was both a destination wedding and in the middle of a work week. “What am I supposed to do? Fly out after the show on Tuesday, halfway across the country, wake up at three in the morning … do my job, and then go to a wedding on a Wednesday night?”

“I apologize, Jason,” Memet said, adding, “And I’m sorry you feel like you have to write a check.” 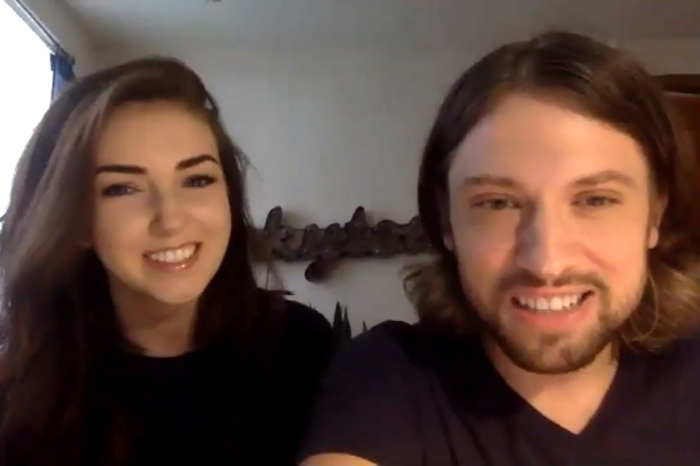 Memet and Mary together in 2020 Photo: The Howard Stern Show

Talking more about his relationship, Memet said he and Mary are considering one day having children. The staffer also opened up about his parenting philosophy, vowing to be a strict disciplinarian. “If you psychologically torture them enough, you can get in their head where you don’t have to raise a hand to them,” he said, explaining he’d use violence on his kids only as an “absolute last resort.”

Howard and co-host Robin Quivers were aghast. “You go against all the experts,” Howard said.

“Well, look at kids now,” Memet responded, comparing child rearing to grooming someone to serve in the armed forces. “How do we train people in the military? You break them back down until they’re nothing, and then you build them back up.

“I know what I’m going to get you as a wedding gift,” Howard joked. “A waterboarding kit for the kids.”

“I hope Mary has some other ideas about child raising,” Robin added.

Here's Memet Walker in His Turbie Twist
You Give us your email Address we'll give you even more howard!