“This did suck compared to the first one,” Howard critiques of Stern Show staffer’s work

‘Tis the season—again. A decade after Ronnie Mund showed his sensitive side with a poem entitled “Winter,” Howard’s former driver has updated it to reflect current times. On Tuesday, he requested that colleague JD Harmeyer recite the new version and, as he did the last time, the Stern Show staffer struggled to get through it.

“Try to do it the right way, please,” Ronnie, who spent two days working on the new version, requested. “Like really try to read it.”

Unfortunately, JD didn’t make it past the title before cracking up. “He put an apostrophe in ‘trees,’” the staffer noted at one point through laughter.

After hearing about an Uber-driving “dude in red shorts” dropping off Christmas presents and the warm weather in Las Vegas, Howard appeared disappointed. “This did suck compared to the first one,” he opined before comparing it to a more celebrated sequel. “It was not ‘The Godfather: Part II.’”

Instead, Howard seemed much more impressed with another wordsmith—Fred Norris’ Ronnie Puppet. “Winter is when we build snowmen with class. A carrot for a nose, and another in the ass,” his poem read.

“He’s like a filthy Robert Frost, that puppet—I love him,” Howard joked. 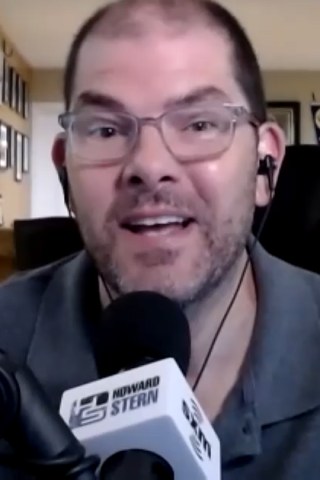 Weekend in the Life

Ronnie Loves Sex in the Ocean but Not on the Beach
You Give us your email Address we'll give you even more howard!