“If it wasn’t for him, I don’t think I would have had a radio career,” he says of the man he referred to as “Coach” 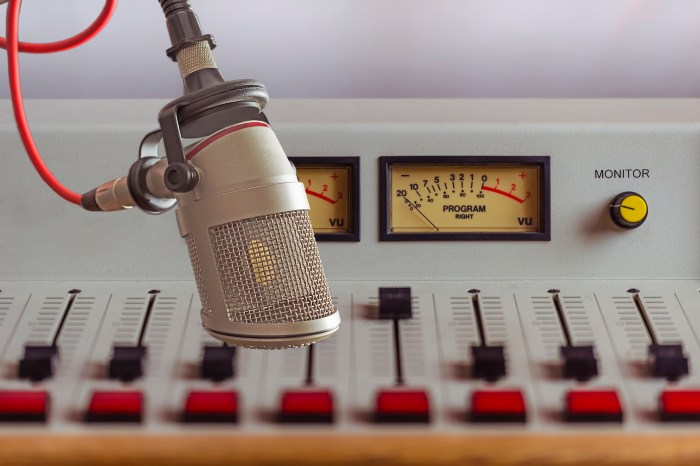 Bill Nosal, the longtime program director responsible for hiring Howard at radio station WCCC in Hartford, has passed away. He was 77.

On Wednesday, Howard remembered his old boss, crediting him for bringing him from small station WRNW to the morning slot at a 50,000-watt station — although it didn’t happen immediately. “I go up there, I meet Bill, he was an intimidating guy, kind of like a football player … It was a disaster,” Howard said of auditioning for Nosal. “As bad as you’re imagining it to be … multiply it and square it, that’s how bad it was.”

Fortunately for Howard, the program director gave him a second chance and eventually hired him. “Either he was a genius like on the level of Lorne Michaels … or he was a complete moron who had no idea what he was doing,” he joked. “I choose to think he was a genius. He saw a diamond in the rough in me [when] no other person did.”

It was at WCCC where Howard met a fellow D.J., the Stern Show’s own Fred Norris. “He really gave you your first significant job in radio and, I gotta say, you’re the greatest broadcaster in radio, so he discovered the greatest broadcaster,” Fred, who was grateful Nosal allowed him to do impressions on Howard’s morning show, noted. “I loved Bill … He changed my life forever.”

Howard also recalled the regular pep talks Bill would give him, as well as the other disc jockeys. “He’d say, ‘… I’m the coach, but you’re the quarterback,” Howard remembered. “‘You’re my guy, I depend on you. How the morning goes, the rest of the day goes, so it’s on your shoulders buddy, and you need to play more Bob Seeger.’”

Though Bill eventually left the radio business to start an advertising agency, Howard remembered his old boss was once offered a highly coveted job as program director at KLOS-FM in Los Angeles — the number two market in the county — but turned it down. “‘I don’t want to leave Hartford, I want to stay right here,’” Nosal once told him. “‘I love Hartford, Howard, and I’m staying. I’m going to live here and I’m going to die here.’”

Stern Show Celebrates 15 Years on Satellite Radio
You Give us your email Address we'll give you even more howard!