Howard was “shot out of a cannon” this morning and ready to get started early – but first he wanted to address the end of “Childhood’s End” on the Syfy channel, which up until the last episode, he had loved. After investing six hours of his life to it, the conclusion left him incredibly unsatisfied. “I don’t even understand what happened at the end,” the baffled King of All Media told listeners.

Soon the discussion turned back to Benjy, who Fred said garnered a barrage of negative emails from yesterday’s debacle. Howard said that Ronnie was chuckling in the limo after the show yesterday and exclaimed: “The mother-cker goes home and cries everyday!”

But that’s not the only thing Benjy did that’s annoying Howard. “Benjy does this weird thing every year … he doesn’t get me a Christmas gift … but after the New Year, Benjy sends over flowers to my apartment,” he explained. Now Howard’s left to decide if he should bring them out to Long Island with him or not.

Benjy chimed in that it was just a “gesture,” but understood the issue.

Gary, for his part, wondered how he was supposed to get Howard his birthday present considering all of the crap he’s taken for dropping things in Boff’s bag. “Just get my f-cking birthday gift over there without me having to take it home!” Howard exclaimed. 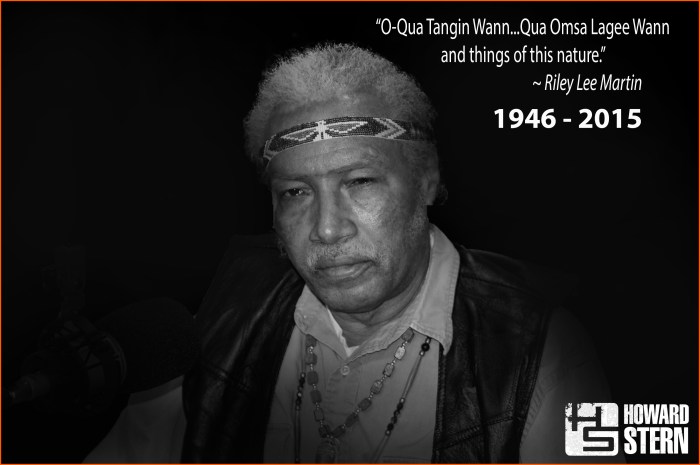 Our friend Riley Martin passed away just before Christmas and today the staff paid tribute to the alien abductee with some classic bits and great memories. 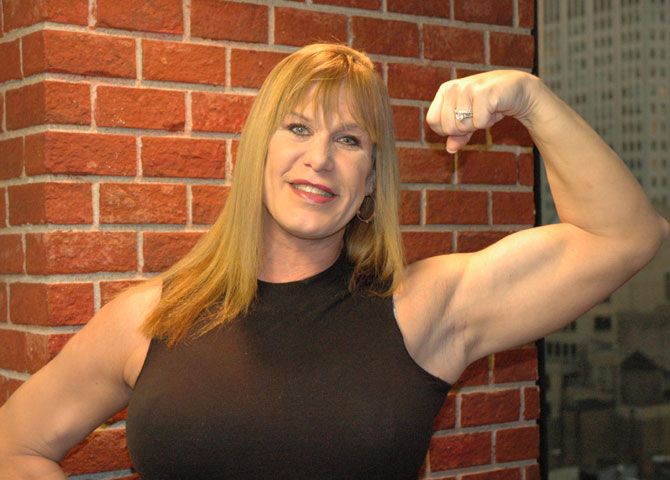 In light of the Riley Martin news, Howard wondered if Nicole Bass and Beetlejuice might reproduce to replenish the Wack Pack gene pool.

More than that though, Howard wondered if Nicole was even able to have children at any point during her life. Nicole assured listeners that not only could she, but she did get pregnant at one point – though she ultimately aborted it (step aside John Stamos).

The Board of Shame 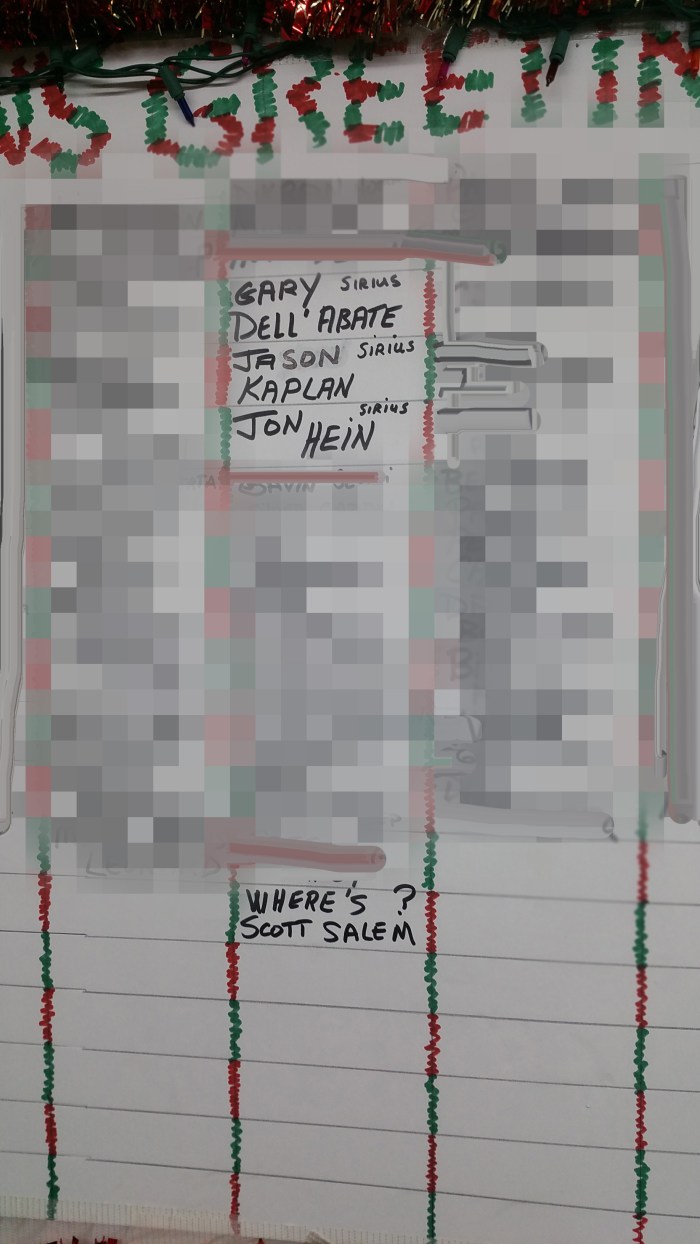 Gary and Howard had been discussing how the act of tipping has gotten so out of control in recent years, leading to revelation about a number of Stern staffers.

It turns out that many of the staffers park in the same lot near the offices and there is a whole ecosystem of tipping. Gary explained that he generally gives $2 every time he parks, plus about $200 around the holidays.

Every year, the garage puts up a board that features who gave them a holiday bonus and what company they work for. Scott, reportedly has not given anything, so there’s just a message that says: “Where’s Scott Salem?”

Scott came in and explained that he has only been using the garage for a month after deciding to go elsewhere the past year and then returning. So he didn’t feel the need to tip. He did contend that he gives the parking attendants $1 a day.

The Doctor Is In!

The man Howard credits with saving Robin Quivers‘ life stopped by today to discuss his latest health findings (which you can read in his new book) as well as to diagnose some of the serious problems with a few Stern Show staffers,

While much of the advice is common sense (though always good to hear), Dr. Agus presented some thought-provoking statements which may intrigue you.

Catch the highlights of his appearance here and be sure to always consult your individual physician for personal recommendations. 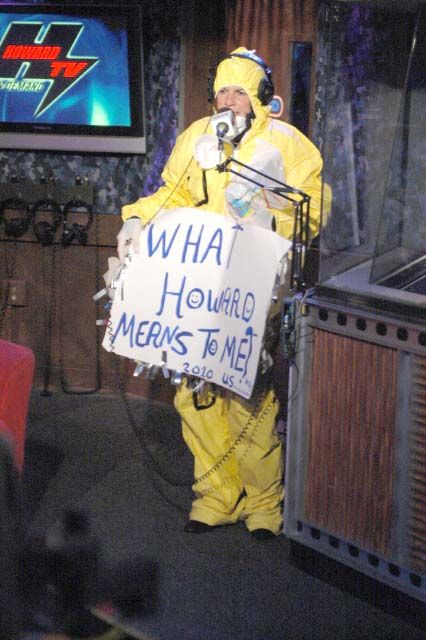 A caller named Laura got through late in the morning and gave praise to Robin’s emotional speech after learning that Howard was re-signing for another five years. Laura said she tears up every time she thinks about it.

She also told Howard about her husband, who loved the show so much as it was what he enjoyed listening to with his two brothers, who both passed away. This is where things took a turn.

A teary-voiced Laura pleaded with Howard to let her husband come to the studio to watch the show one day, even offering to donate $1,000 to the North Shore Animal League. As Howard battled with the decision, he took outside input into account.

Robin spoke directly to Laura, telling her that she and her husband can enjoy listening to the show and keep being entertained instead of actually coming down. Gary was firmer, telling Howard that he would take the bullet for this one and explain that they get countless requests from people who may be just as deserving or more deserving of the studio visit, so they just have to have a blanket statement. Otherwise people will keep calling. He offered an alternative though.

“How is the Wrap Up Show, does that do anything for her?” he asked. “No,” she immediately responded to laughter from the studio.

Gary said Howard had to learn how to not feel guilty about saying “no” to people. In the end Howard had him take down Laura’s information and said he’d think about it.

Gary the Conqueror Calls the Hotline