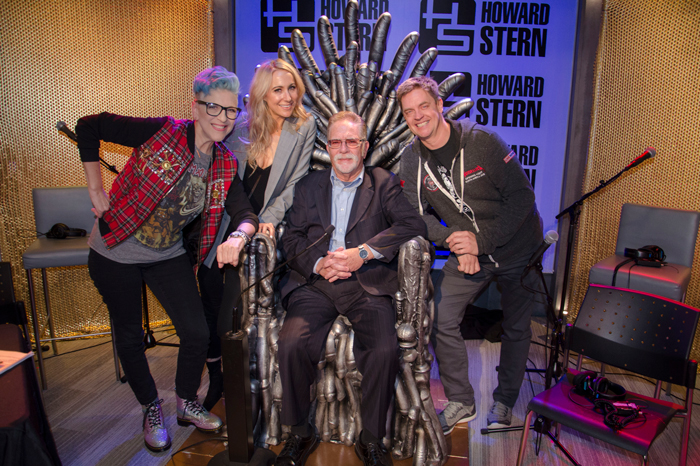 Lisa Lampanelli, Nikki Glaser, and Jim Breuer with the man of the hour, Ronnie Mund Photo: The Howard Stern Show

A man only turns 69 once in his life and on Tuesday’s Stern Show, Howard made sure Ronnie “the Limo Driver” Mund celebrated his milestone birthday right with an in-studio, star-studded roast. 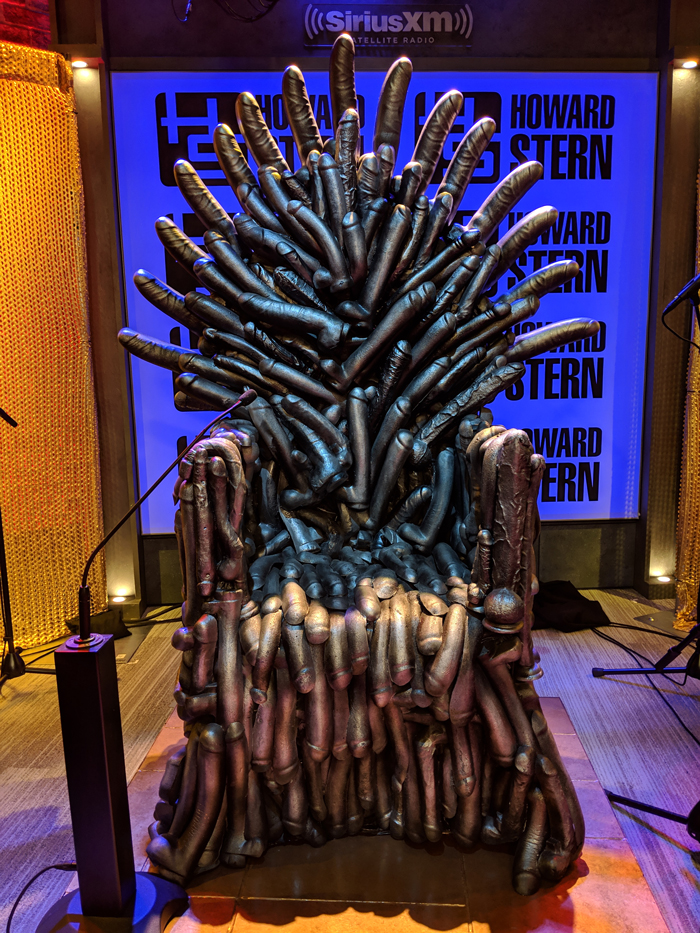 Check out the highlights from the Ronnie Mund 69th Birthday Roast (below). 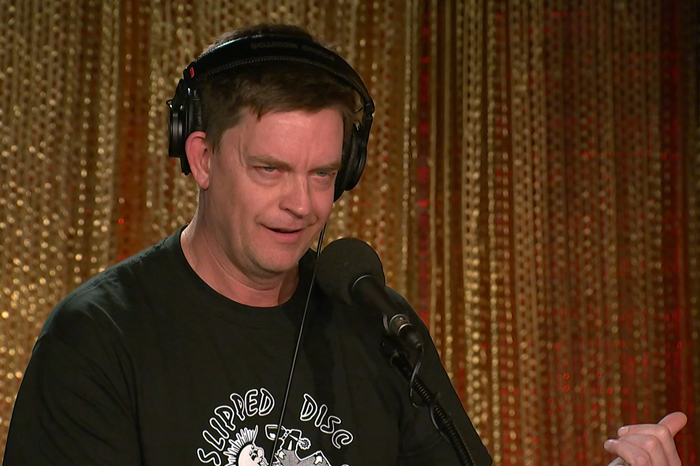 Jim also broke into impressions of Joe Pesci, Ozzy Osbourne, and George Takei while cracking one-liners at Ronnie’s expense. But some unexpected laughs came when Jim started a joke by asking Ronnie “knock knock” only to be met by silence from Ronnie.

“When Jim engages with you, you can talk,” Howard told Ronnie with a laugh.

Ronnie’s fellow Stern Show staffer Shuli Egar wasted no time ripping into the man of the hour. “I didn’t come here to bury you, Ronnie. We all know that’s Thursday,” Shuli joked.

Next he made fun of Ronnie and his fiancée Stephanie’s supposed plans to one day open an animal hospital in Las Vegas. “Because really, why should humans be the only ones with shitty luck in that town.”

“Ronnie’s love of racing started as a kid when he got Ben Hur’s autograph,” Shuli continued, burning the limo driver and hardcore NASCAR fan.

Making her Stern Show debut was acclaimed roast comic Nikki Glaser. She was the first to joke about Gary Dell’Abate who was also sitting in the studio on Tuesday morning.

“Gary’s a great sport, though, for someone so terrible at sports,” Nikki told the Stern Show’s executive producer who famously threw out a less-than-perfect first pitch at a 2009 Mets game. “Gary, that first pitch, my God. You throw like a girl. Specifically the one who got her arm bitten off by the shark.”

She also took JD Harmeyer to task. “Congrats on tricking someone to marry you,” Nikki said of the recently wed staffer. “You now know the difference between doing a load of laundry and wiping your load on laundry.”

But of course, Nikki’s harshest jokes were reserved for Ronnie who she told the room she was a huge fan of. “Ronnie, you’re 69. What’s it like to know that you’re going to be outlived by your fiancée … and most houseflies?” Nikki joked. “You’re truly beloved, Ronnie … Even long after Howard retires, you’re still going to be able to draw a crowd. With a crayon in your assistant living facility.” 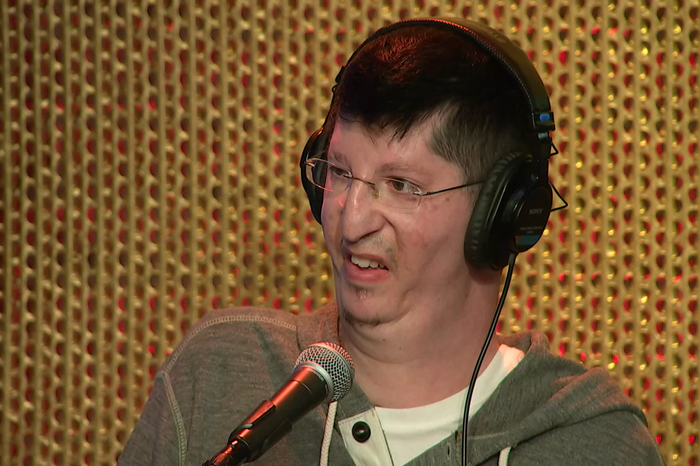 He might not have been all that easy to understand but Wack Packer Marfan Mike was still able to get a few laughs with his roast jokes.

“We all know that Ronnie’s a big fan of NASCAR. Why would he be a fan of something he needs a booster seat for?” Marfan Mike said. 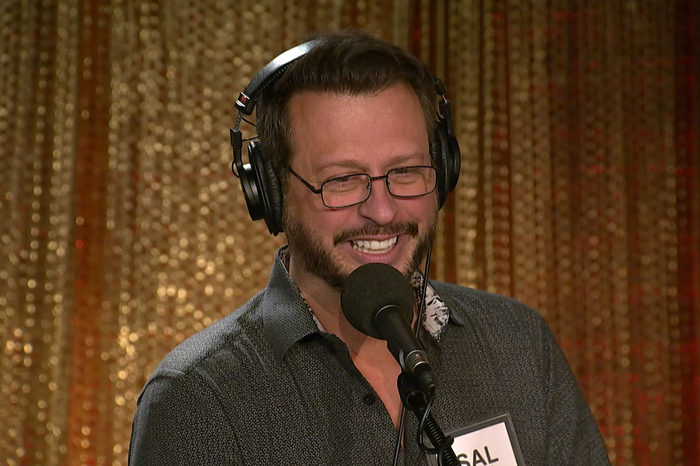 Stern Show staffer Sal Governale started his set with a line that got a huge laugh from the entire studio. “I didn’t know this was an open casket. Somebody shut the lid!” Sal said with a smile.

“Ronnie, you really do look like Wyatt Earp … because he’s been dead for 200 years,” Sal continued. “You are one wrinkly dude. It’s a good thing Ronnie wears glasses so we can tell the difference between his face and his balls.” 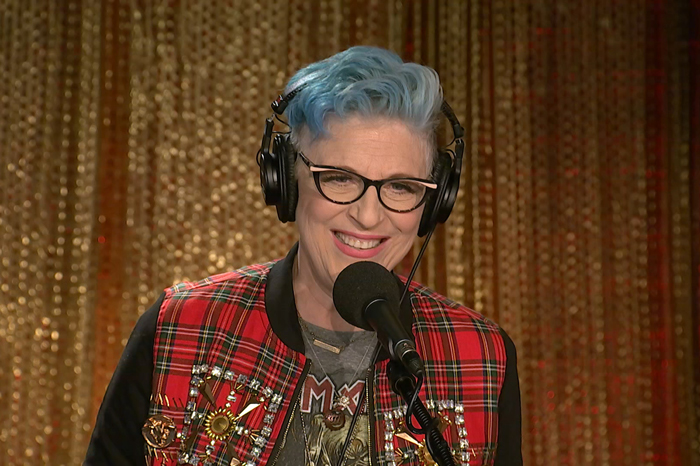 Finally, in her last live roast appearance before she retires from stand-up comedy, Lisa Lampanelli gave Ronnie everything she’s got.

“The real surprise is that anyone gives a shit about this future Uber driver,” Lisa joked.

“You always look so dapper,” Lisa then told Ronnie. “Where do you find a suit like that? Build-A-Bear Workshop?”

She also piled on about Ronnie and his fiancée Stephanie, who’s 33 years his junior. “Every time Ronnie and Stephanie leave the house together I get Amber Alerts on my phone,” Lisa joked. “You’ve been engaged more than two years, still no marriage. Well, Howard, you know the old saying: why buy the cow when the bull’s gonna be dead in five years, tops.”