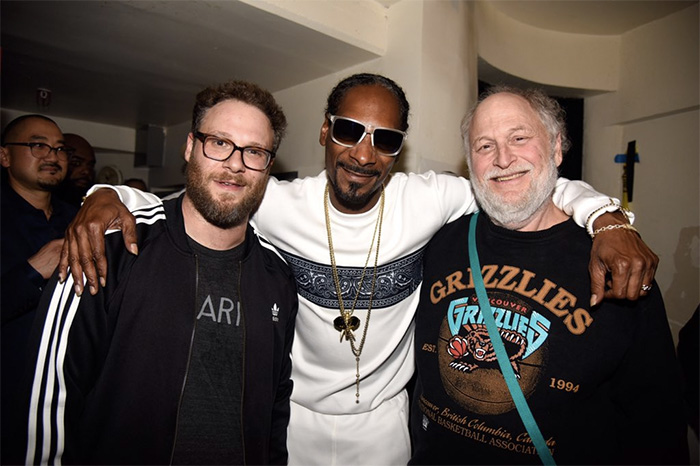 Anyone who argues nothing good ever came from marijuana probably didn’t attend Seth Rogen’s Hilarity for Charity fundraiser over the weekend, where Snoop Dogg auctioned off a hand-rolled blunt for $1,000.

The iconic rapper and noted weed enthusiast performed at HFC’s 5th Annual Variety Show at the Hollywood Palladium in Los Angeles on Saturday before auctioning off one of his blunts on stage and donating the proceeds to the charitable cause.

“I’m raffling off one of these blunts that I hand-rolled,” he said, according to USA Today. Snoop started of the bidding at $100, but wound up selling it for a grand to a woman dressed as a witch.

“The Wicked Witch of the West, you know she got it goin’ on,” Snoop rapped.

Here’s @SnoopDogg being an auctioneer at #HilarityforCharity, giving away his blunt to a witch at @Sethrogen‘s Halloween-themed fundraiser pic.twitter.com/6SZDzjQydp

Hilarity for Charity was founded by Seth and his wife Lauren Miller Rogen with the goal of raising awareness of Alzheimer’s disease among millennials. Saturday’s event reportedly raised $4.3 million for the charity and featured appearances by a slew of former Stern Show guests, including Judd Apatow, Aziz Ansari, James Franco, Bill Hader, Kevin Hart, Samuel L. Jackson, and Paul Rudd.

Click here for more information on Hilarity for Charity. Click here for past Stern Show interviews with Snoop Dogg and Seth Rogen that touch upon weed.