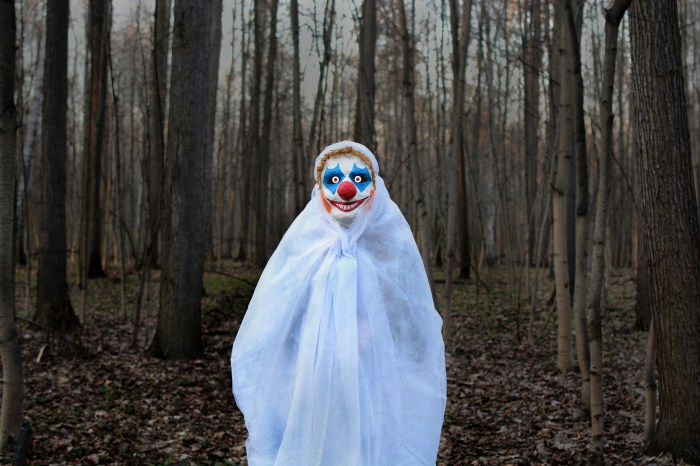 Those hoping to dress up like Pennywise from “It” this Halloween may soon find themselves out of luck, as at least one major retailer is putting the nix on the sale of certain clown costumes.

Target announced it had stopped selling creepy clown masks online and in many of its stores, thanks to the ongoing creepy clown phenomenon. “Given the current environment, we have made the decision to remove a variety of clown masks from our assortment, both in stores and online,” Joshua Thomas, a spokesperson for Target, said in a statement obtained by USA Today.

In recent months, creepy clown sightings have been reported in many U.S. states and also in England. The current clown climate has inspired everything from Batman-inspired vigilantism, to Ronald McDonald getting his hours slashed, to this new Target policy.

Still, this latest development may not be enough to stop folks from dressing up like clowns this Halloween. According to the report, the sale of evil clown merchandise is up 300 percent this year, with chain store Halloween Express revealing eight of its top 10 sellers are currently creepy clown-related masks.

“I can hang with my ghost dad every day”

Enuff Z'Nuff's Donnie Vie Covers ‘Bang O’Clock’
You Give us your email Address we'll give you even more howard!

Here’s What Erik, Wendy, & More Did Over the Break