Video: Marine Corps Marathon Gets Hit With the Hein

The 41st annual event kicks off with a bang, and a Jon Hein-inspired shoutout 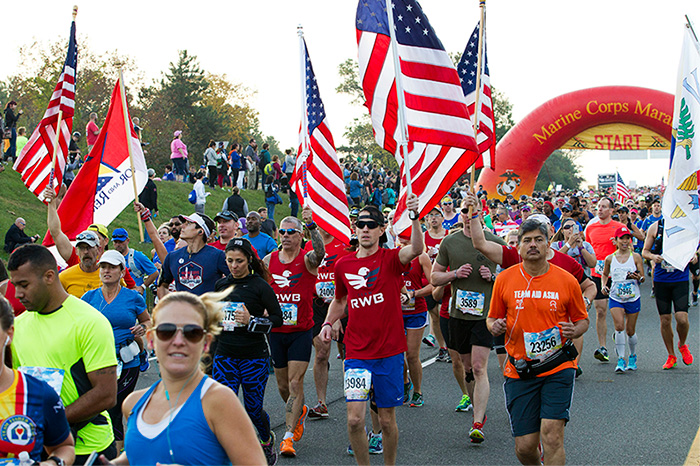 The 2016 Marine Corps Marathon got off to an exciting start Sunday, with the announcer for the event encouraging competitors to Hit ‘Em With the Hein.

“This is the 41st Marine Corps Marathon!” he screamed, as the race began with the firing of a Howitzer cannon. “May the Force be with you!” he continued, still yelling. “Hit the road! Hit ’em with the Hein! The runners have been launched!”

The frantic start to the race was captured by one person on Twitter:

@sternshow just finished the Marine Corps Marathon and the starter got a Hit em with the Hein at the :11 mark. pic.twitter.com/9b4NdSjS78

This isn’t the first time the Jon Hein-inspired shoutout has made its mark on the sports world. The catchphrase has been used in women’s golf coverage, during NFL games, and even debated on ESPNU.

This year’s winner was Army Spc. Samuel Kosgei, with a time of 2:23:53. Click here for more videos.