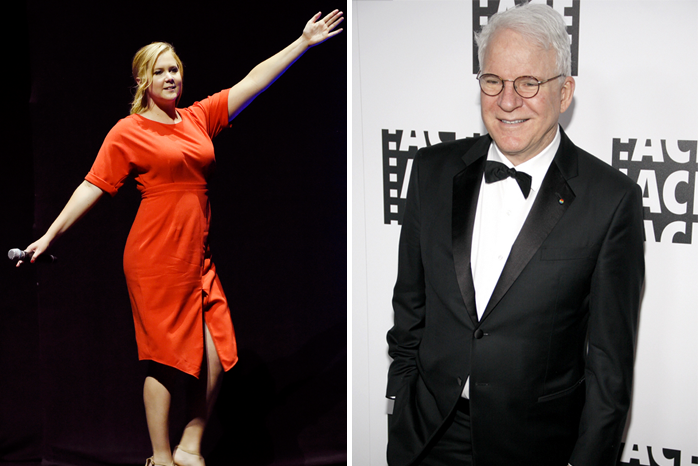 Amy Schumer is headed to Broadway.

“Meteor Shower”—a marital comedy which enjoyed limited runs last year in San Diego and New Haven, Conn.—will bow this fall on Broadway. Set in 1993, the story follows two couples who spend an evening together in Ojai, Calif., and get into a few squabbles as they look at the stars.

While this play marks Schumer’s Broadway debut, she did show off her theatrical chops in May when she visited the Stern Show to discuss her latest film “Snatched” and wound up playing Megyn Kelly in Howard’s Fox News musical. Check out the video (below):

Martin, meanwhile, is now a seasoned Broadway pro. The comedy icon previously teamed up with Edie Brickell for the Tony-nominated musical “Bright Star,” which hit Broadway in 2016—the same year he made his Stern Show debut. Listen to him and Howard discuss “Bright Star” (below) and check out more from the interview here.