Other performers include Cardi B, SZA, David Byrne, and 2016 Stern Show guest Aurora, among many others 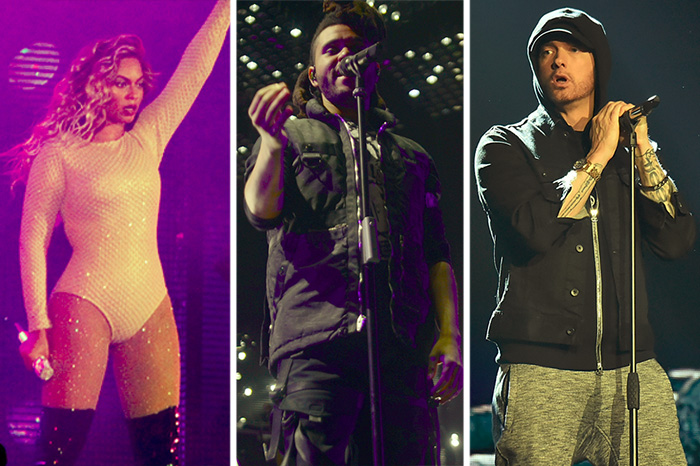 This year’s headliners are Eminem, The Weeknd, and Beyoncé, the last of whom dropped out of last year’s festival while she was pregnant with twins and was eventually replaced by Stern Show favorite Lady Gaga.

Of course, to many people the two-weekend festival is about more than just the music. For some, it’s a place to go to spot celebrities, like “Married … With Children” star David Faustino, who once called into the show to discuss attending Coachella. For others, it’s about being seen and taking lots of selfies, at least according to repeat Stern Show guest David Spade.

“That’s where girls go to try on clothes and take photos,” Spade told Howard in May 2016. “So you’re basically in L.A., you’re just three hours away.”

Listen to David and Howard’s Coachella conversation (below).