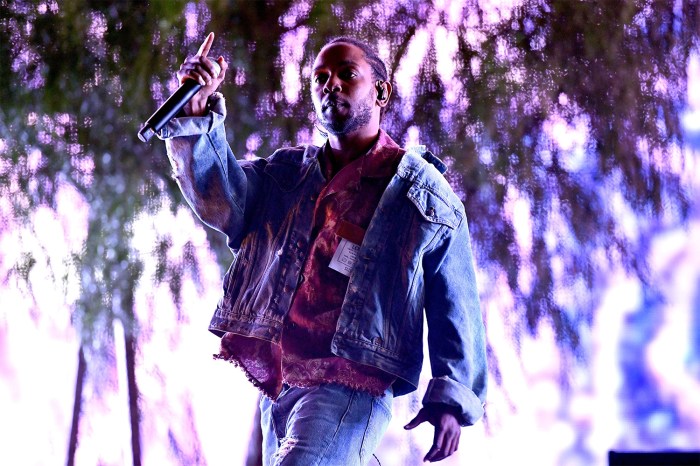 It looks like Grammy wins and platinum albums were just the beginning for recent Stern Show guest Kendrick Lamar.

The chart-topping hip-hop artist’s fourth album “DAMN.” was on Monday awarded the Pulitzer Prize for music, a prestigious accomplishment in its own right and also an historic achievement because he’s the music category’s first winner who isn’t either a classical or a jazz musician.

“DAMN.,” released last April and boasting an array of featured artists from Rihanna to U2, was one of 2017’s best reviewed albums, scoring a 95 out of 100 and on Metacritic and selling over one million copies. It also netted Kendrick four wins at this year’s Grammys: one for best rap album and three for its song humble “Humble,” named best music video, best rap song, and best rap performance.

The board responsible for voting on Pulitzer Prize winners called “DAMN.” a “virtuosic song collection unified by its vernacular authenticity and rhythmic dynamism that offers affecting vignettes capturing the complexity of modern African-American life,” according to the New York Times.

Kendrick, who also recently masterminded the soundtrack for Marvel’s record-breaking “Black Panther” film, made his Stern Show debut in December and enjoyed a wide-ranging conversation with Howard which touched upon everything from growing up in Compton, Calif., to his first interaction with rap icon Dr. Dre. Kendrick also spoke candidly about why he believes he’s the greatest rapper alive. “I have to. Because that’s the only way it’s going to move the culture forward,” he told Howard.