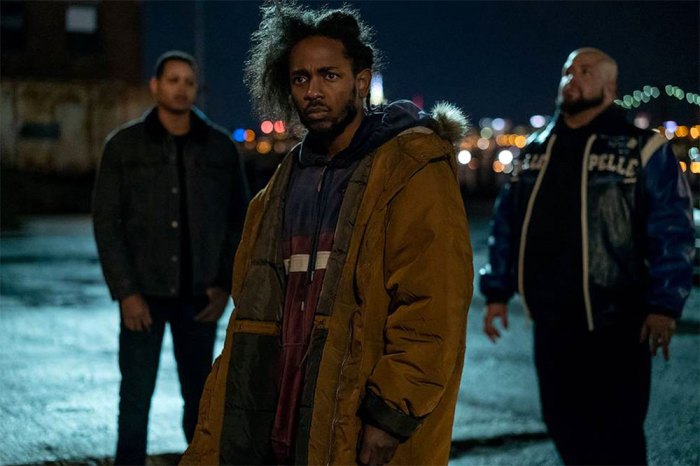 Kendrick guest stars on the Season 5 episode as Laces, a drug-addicted homeless man who has several memorable run-ins with Kanan Stark (50 Cent), a powerful drug lord who serves as the show’s main antagonist. Kanan pulls a gun on him early on, but the two eventually work out their differences after Laces helps him out by distracting another character Kanan is looking to murder (below).

Even prior to making his acting debut, 2018 has been a historic year for Kendrick. In April, his album “DAMN.” helped him become the first hip-hop artist to ever win a Pulitzer Prize for music. Prior to that he masterminded the soundtrack for Marvel’s record-breaking “Black Panther” film and cleaned up at the 2018 Grammys, taking home four awards in total.

He made his Stern Show debut in December of 2017 and enjoyed a wide-ranging conversation with Howard, touching upon everything from growing up in Compton, Calif., to his first interaction with rap icon Dr. Dre. Kendrick also spoke candidly about why he believes he’s the greatest rapper alive. “I have to. Because that’s the only way it’s going to move the culture forward,” he told Howard.

50 Cent, meanwhile, has been balancing his acting and music careers for quite some time. The entertainer has joined the Stern Show several times over the years and even discussed his acting process with Howard, revealing back in 2009 that he is able to cry on command by revisiting the painful memories of his youth.