Coldplay, “Deadpool,” and “Game of Thrones” are also among the victorious 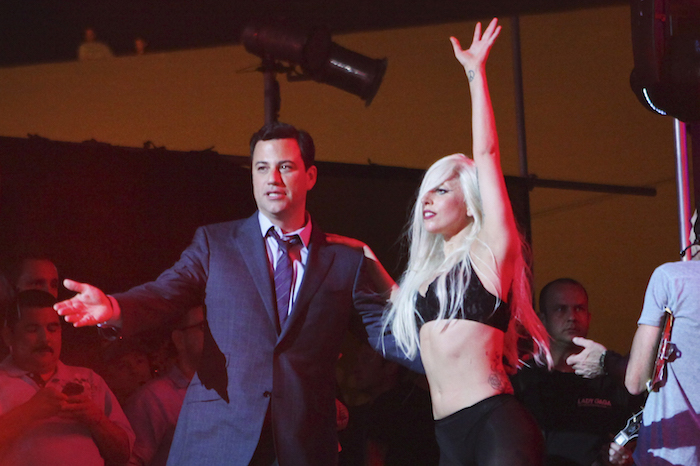 The Webby Awards, dubbed the “internet’s highest honor,” celebrate the year’s greatest digital achievements across a wide spectrum of categories. On Wednesday, the International Academy of Digital Arts and Sciences announced a new class of winners, including several Stern Show regulars and favorites.

Longtime friend of the show Jimmy Kimmel was honored for his Mean Tweets series in the television field, while frequent guest Lady Gaga won two awards for her Lady Gaga + Intel Performance, a collaboration leading to those infamous drones at the Super Bowl Halftime Show. Additionally, Chris Martin’s Coldplay won for their music video for “Up & Up” (below).

The 21st annual Webby Awards winners will be celebrated Monday, May 15 at Cipriani Wall Street in New York with host Joel McHale. The winners’ 5-word speeches will be available on demand at webbyawards.com, beginning Tuesday, May 16.

Check out the full list of Webby winners here.