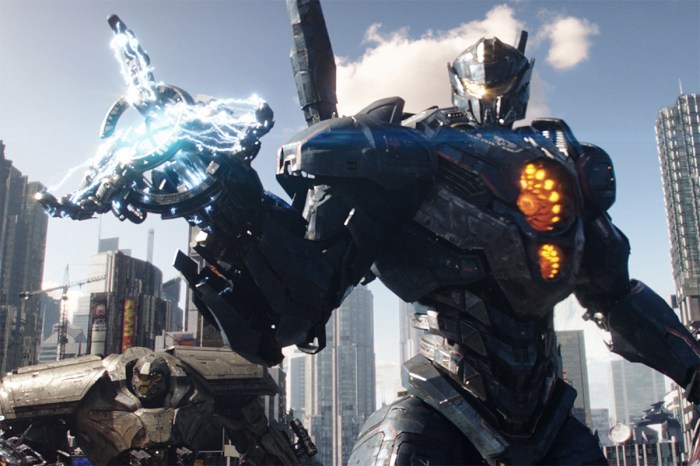 New York Comic Con 2017 was about more than zombies, superhero team-ups, and Nazis. In fact, this past weekend’s annual NYC-set comic convention ushered in a litany of talked-about film and TV trailers, from a Keanu Reeves clone thriller to a Stephen King anthology series to Hulu’s brand-new Marvel adaptation.

Check them out (below).

FBI special agents Fox Mulder and Dana Scully are back (again) in the chaotic NYCC trailer for “The X-Files” Season 11, which sees David Duchovny and Gillian Anderson’s characters trying to save the world alongside old allies like Skinner (Mitch Pileggi) and the Cigarette Smoking Man (William B. Davis) as well as newcomers Agent Einstein (Lauren Ambrose) and Agent Miller (“Flash’s” Robbie Amell). “The X-Files” returns to Fox in 2018.

Keanu Reeves plays a neuroscientist and, well, God, in “Replicas,” an upcoming clone-filled thriller about the lengths to which a man will go to keep his family intact after a deadly tragedy. The trailer (above) also stars Alice Eve, John Ortiz, and Thomas Middleditch.

Six teenagers join forces to battle a common foe — their supervillain parents — in this Josh Schwartz (“The O.C.”)-created Hulu series adapted from a Marvel comic of the same name.

Ben Edlund’s off-beat superhero series “The Tick” is returning to Amazon much quicker than expected. The digital streamer dropped a teaser trailer Saturday at New York Comic Con (above), revealing the show—starring Peter Serafinowicz and Griffin Newman—will return for Season 2 on Feb. 23.