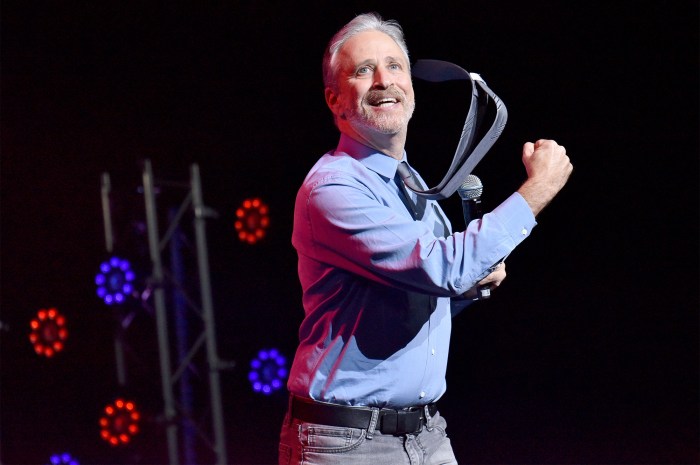 Jon Stewart may have retired from “The Daily Show” but he’s still finding new ways to entertain.

The former talk show host and drumming enthusiast lent his hands to the New Jersey band No Wine for Kittens, drumming on their newly released single “Catastrophe,” recorded to benefit the National Suicide Prevention Lifeline.

Listen to the song (below).

Stewart, who picked up drumming as a hobby in 2016, reportedly got introduced to the band by his drum teacher Andy Bova, a former No Wine for Kittens member himself. This led to Stewart and the band joining forces to record the track for a “24 Hour Songwriting Challenge” hosted by the music blog Speak Into My Good Eye, with proceeds from the songs going to the National Suicide Prevention Lifeline.

Stewart has found a multitude of ways to stay busy since leaving “The Daily Show.” In addition to drumming for a good cause, he’s set to host the benefit event “Night of Too Many Stars: America Unites for Autism Programs,” airing Nov. 18 on HBO. He’s also teaming up with the premium network for two upcoming stand-up specials, his first in over two decades.

Take a look back at Jon’s latest Stern Show appearance here and purchase No Wine for Kitten’s charitable single here.