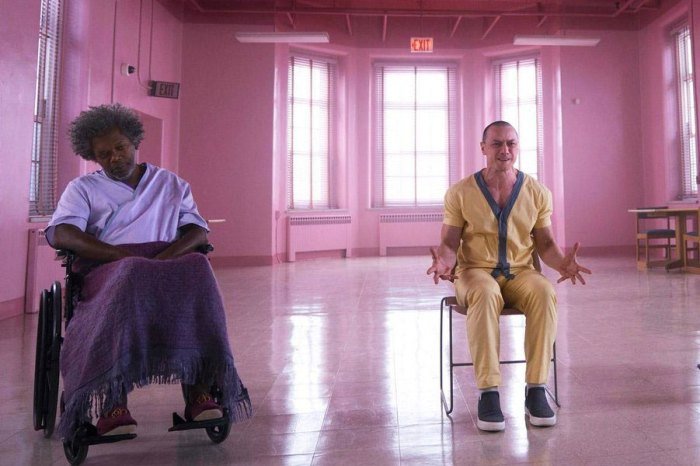 Comic-Con may take place in San Diego, but one needn’t actually hop on a plane to Southern California to reap its rewards.

Studios and networks debuted a multitude of new film and TV show trailers at this past weekend’s annual event, and now they’ve also published them on the internet for all to enjoy. While “Walking Dead,” Millie Bobby Brown’s “Godzilla: King of the Monsters,” “Aquaman,” and “Titans” are some of the most talked about clips coming out of San Diego, they’re certainly not the only ones.

Check out the best of the rest (below).

Based on a best-selling novel and produced by the Russo brothers of “Captain America: Civil War” and “Avengers: Infinity War” fame, this 1980s-set Syfy series follows students at a secret San Francisco high school as they’re training to become world-class assassins. In addition to an ensemble cast of young actors, the show stars Benedict Wong (“Doctor Strange”) and Henry Rollins of Black Flag and “Sons of Anarchy” fame.

BBC’s beloved science-fiction series released a short Season 11 teaser at Comic-Con, finally offering a glimpse of Jodie Whittaker as the show’s new titular Time Lord. Jodie becomes the first female to play the Doctor on the long-running series (which debuted in the 1960s), and according to many of the show’s fans it has been a long time coming. Watch a promo for the new episodes (above).

“Fantastic Beasts: The Crimes of Grindelwald”

Warner Bros. offered up a new trailer for “Fantastic Beasts: The Crimes of Grindelwald,” the follow-up film to Eddie Redmayne and Johnny Depp’s 2016 “Harry Potter” spinoff “Fantastic Beasts and Where to Find Them.” In addition to hinting at an origin story of sorts for Depp’s dastardly villain Grindelwald, the clip (above) shows do-gooding wizard Newt Scamander (Redmayne) teaming up with an eager young Professor Dumbledor, played by Jude Law.

Worlds collide in the official trailer for M. Night Shyamalan’s “Glass,” a sequel to both 2000’s “Unbreakable,” a gritty take on the superhero origin story in which Mr. Glass (Stern Show veteran Samuel L. Jackson) kills hundreds of innocents before discovering a super-powered Bruce Willis, and 2016’s “Split,” a horror film starring James McAvoy as a super-powered serial killer with multiple personalities. The first look at Shyamalan’s follow-up (above) is framed by a conversation with a shrink (Sarah Paulson) who believes all three characters suffer from the same psychological disorder which leads them to believe they are superheroes and villains.

Starfleet sets a course for a brand-new adventure in the first-look trailer for Season 2 of the CBS All Access show “Star Trek: Discovery.” In addition to showcasing familiar faces, like former “Walking Dead” star Sonequa Martin-Green and “The Shape of Water’s” Doug Jones, the new “Discovery” clip also teases the arrival of Spock, debuts a character played by comedian Tig Notaro, and welcomes back a franchise staple in the U.S.S. Enterprise.

“The Man in the High Castle” Season 3

Executive produced by Ridley Scott (“Alien”) and Frank Spotnitz (“The X-Files”), and based on Philip K. Dick’s award-winning novel, “The Man in the High Castle” explores an alternate reality in which the Allied Powers lost World War II and Japan and Germany carve up the United States to rule. In the teaser for Season 3 (above), returning to Amazon in October, it seems the knowledge of the multiverse has spread even further than ever before.

Based on a novella written by “Game of Thrones” mastermind George R. R. Martin, Syfy’s upcoming science fiction-infused psychological thriller set 75 years into the future about scientists who set out to discover whether the human race can be re-settled on another planet.

Repeat Stern Show guest Seth MacFarlane’s space adventure “The Orville” returns with a new season. In addition to being created, executive produced, and written by MacFarlane, the sci-fi dramedy has him starring as Captain Ed Mercer opposite Adrianne Palicki as Commander Kelly Grayson. Season 2 returns in December.

“Big” gets a super-powered twist in Warner Bros. and DC Comics’ upcoming film “Shazam!,” which follows a kid named Billy (Asher Angel) who has the power to transform himself into a fully-grown adult superhero (Zachary Levi) by uttering a single magic word. Debuting during Comic-Con, the official trailer appears much more lighthearted and irreverent than recent DC Comics entries like “Justice League” and “Batman v Superman.”