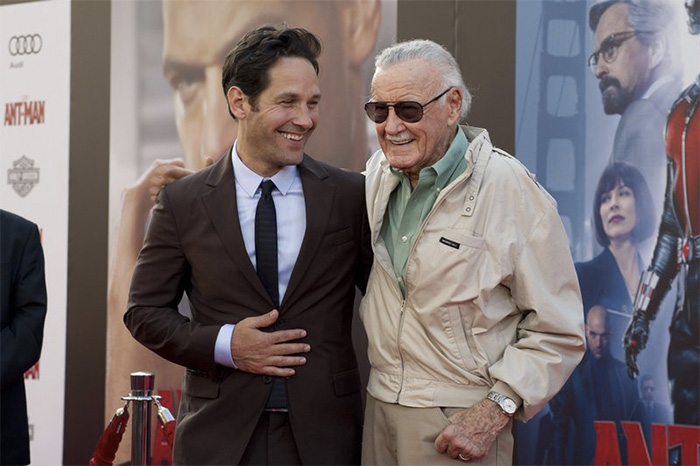 Stan Lee has been making cameos in films based off of his Marvel characters for years, but soon the comic book icon could be at the center of an entirely new story.

Twentieth Century Fox — makers of recent Marvel films “X-Men: Apocalypse,” “Fantastic Four,” and “Deadpool” — acquired the rights to Lee’s life, according to Hollywood Reporter. The movie studio hopes to adapt his life story into a 1970s-set action-adventure flick, with a tone that has been described as part “Kingsman” and part 007 (the Roger Moore era).

Marty Bowen and Wyck Godfrey, who produced “The Maze Runner” and the upcoming “Power Rangers” flick, are attached to produced the Fox film. Lee himself and his partner Gill Champion will executive produce.

Writers haven’t yet been hired to craft a script, but the source material — Lee’s life story — is well documented. Born Stanley Lieber in the Bronx on Dec. 28, 1922, he got his start in comics at age 17 and toiled away for decades before creating “The Fantastic Four,” essentially putting Marvel on the map. From there he and Marvel’s artists, including Jack Kirby, created many of the industry’s most well-known superheroes, including “Spider-Man,” “Iron Man,” “X-Men,” “Ant-Man,” “Doctor Strange,” and more. In the 1970s he moved to Hollywood in the hopes of getting his characters on the big screen.

The film will not resemble your average biopic, however. Sources say it will instead be an adventure film in which Lee is the main character.

When Paul Rudd visited the Stern Show in 2015, while “Ant-Man” was in theaters, he shared a great story with Howard about the time Stan Lee came to the set: