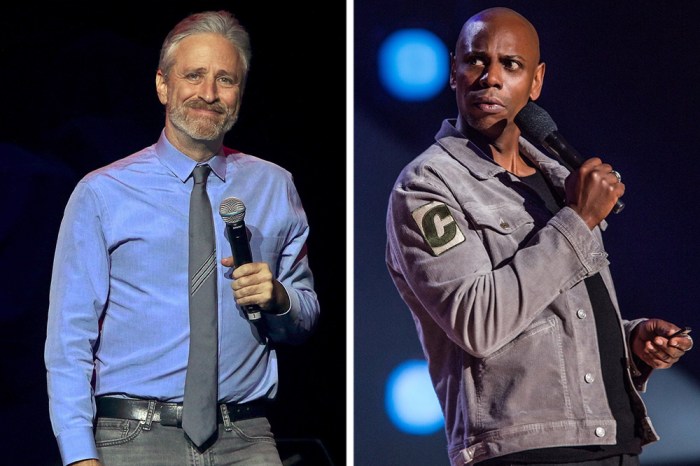 Two of the biggest names in comedy are joining forces. Again.

On Monday, Dave Chappelle and Jon Stewart revealed plans to co-headline a three-city stand-up comedy tour. The Stern Show veterans kick things off June 11 with three straight nights in Boston before heading to Houston and El Paso, Tex., later in the month for four more shows.

The former Comedy Central superstars have performed together before, most recently last August while Dave was holding court at Radio City Music Hall. Dave, who emerged as a superstar in 2003 after finding success with “Chappelle’s Show,” had stepped away from the spotlight for several years before returning in a big way in 2014. Since then he’s enjoyed several residencies and headlining gigs, won a Grammy and an Emmy, and released four original comedy specials on Netflix.

Jon, meanwhile, sat behind the desk at “The Daily Show” for over 15 years before switching gears to direct films, host award shows, and, eventually, make his long-awaited return to stand-up comedy. During his most recent Stern Show visit last November, Jon opened up about everything from his early days on stage, to life on his farm, to his time anchoring “The Daily Show.” Listen to the legendary funnyman explain to Howard how he knew it was time to step down from his vaunted Comedy Central post (below).