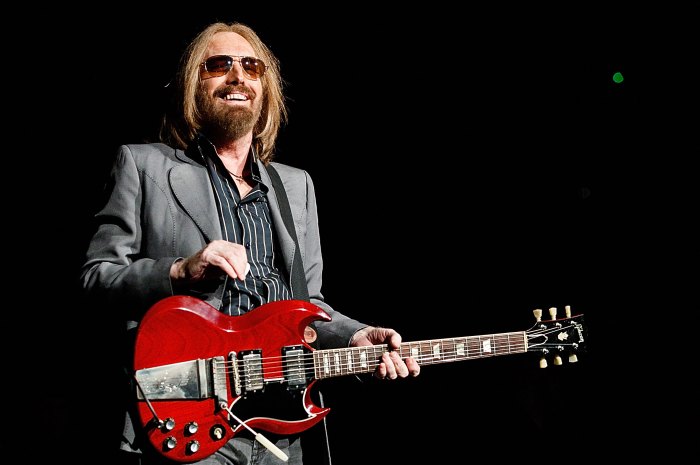 Tom Petty on stage during one of his final performances in 2017 Photo: Getty Images

Fall is on the horizon, which means the weather will cool, the leaves might change colors, fantasy football has picked back up, and many of the world’s best musicians and bands will soon be releasing new albums and kicking off massive, multi-continent tours.

From deceased rock icons to recent Stern Show guests, the next few months promise quality music from a variety of talented artists. Check out what’s in store (below).

Acclaimed rocker Lenny Kravitz is on the verge of releasing his 11th studio album, “Raise Vibration.” The 12-track LP features Lenny playing most of the instruments himself, along with assists from longtime collaborators Craig Ross on guitar and David Baron on keyboard. So far, the impending album has generated two singles, “It’s Enough!” and “Low” (above). There’s also a track on “Raise Vibration” called “Johnny Cash,” which he wrote to honor Cash because the late music legend was there to lend his support after Kravitz’s mother died in 1995.

Lenny last visited the Stern Show in 2014 and opened up about some of the more high-profile collaborations throughout his career, including with artists like Mick Jagger, Bob Dylan, and Madonna.

One surefire fall highlight comes courtesy of rock legend and recent Stern Show guest Sir Paul McCartney, who just this week sat down with Howard for a wide-ranging interview covering everything from his songwriting methodology, to the day he met fellow Beatle John Lennon, to what precisely caused the Fab Four to part ways.

Of course, the 76-year-old musician also opened up about “Egypt Station”—his 17th studio effort—and its lead single, “Fuh You.” Howard was quite curious about the meaning behind the new tune and its seemingly suggestive lyrics. Check out more of the King of All Media’s epic conversation with Sir Paul McCartney here.

Paul Simon “In the Blue Light” 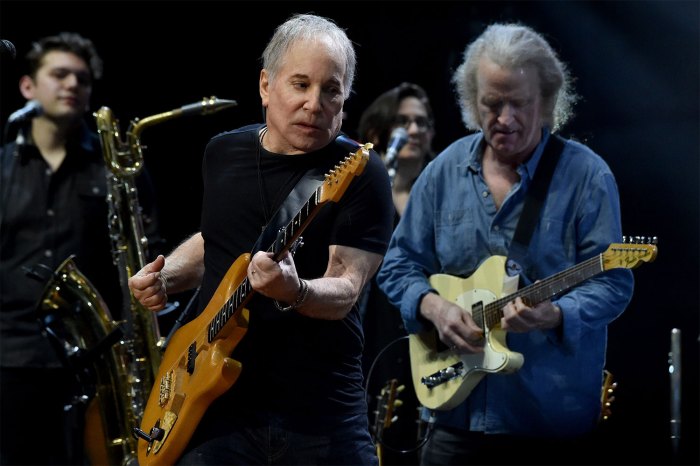 Folk rock pioneer Paul Simon reflects upon his own rich catalog of work with “In a Blue Light,” his 14th solo studio effort populated with re-recorded (and often completely rearranged) versions of 10 of his deep cuts. The release coincides with what seems to be the final leg of Paul’s fittingly titled farewell tour, “Homeward Bound,” concluding with three consecutive dates in New York City later this month.

Get the track listing for “In a Blue Light” here and check out at Paul Simon’s remaining tour dates here.

Ann in fact channeled Chris with one of the first songs from the compilation she previewed, Audioslave’s “I Am the Highway.” Take a listen (above).

Singer, songwriter, and longtime Stern Show guest Willie Nelson is set to release “My Way” later this month, a tribute to his close personal friend Frank Sinatra, who passed away back in 1998. The 11-song collection includes several covers of Sinatra standards, like “Fly Me to the Moon,” “Summer Wind” (above), and of course the titular tune “My Way.” Amazingly, the album will be Willie’s 68th studio effort and his second LP this year, following April’s “Last Man Standing.”

Grammy-winning singer-songwriter Macy Gray releases her 10th studio album this month. Titled “Ruby,” the 12-track offering has already produced the single “Sugar Daddy” (above), co-written with fellow Stern Show veteran Meghan Trainor. Macy memorably sat down with Howard in 2012 to discuss her life, career, and album “Covered.” She also wowed listeners with an in-studio performance which included a cover of the iconic Radiohead tune “Creep.” 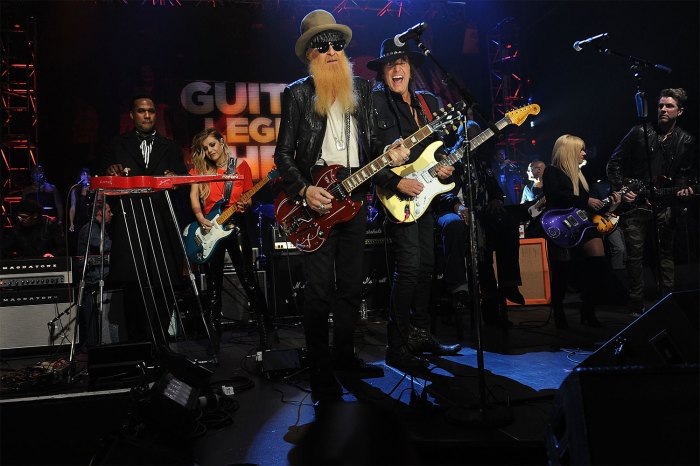 “The shift back to the blues is a natural. It’s something which our followers can enjoy with the satisfaction of experiencing the roots tradition and, at the same time, feeling the richness of stretching the art form,” the long-bearded Rock and Roll Hall of Famer explained in a recent statement.

When ZZ Top made their Stern Show debut in 2013, Billy and his band memorably performed “La Grange” and “Chartreuse,” two of their most beloved hits, live in studio. The band also opened up to Howard all about their roots in blues music.

“The Piano and a Microphone Tour” was the final concert tour by Prince, who died in 2016. Now, over two years after the legend’s passing, his estate is set to release a nine-track, 35-minute long live album called “Piano and a Microphone 1983.” Available on CD, LP, and digital streaming format, the album will feature previously unreleased home studio recordings from Prince at his piano, including the recently unearthed “Mary Don’t You Weep,” utilized by director Spike Lee during the end credits of his critically acclaimed new film “BlacKkKlansman.”

Watch the Spike Lee-directed music video for “Mary Don’t You Weep” (above) and look back at Howard’s heartfelt remembrance of Prince here.

Slash is back. The repeat Stern Show guest, Birthday Bash performer, and legendary Guns N’ Roses guitarist is gearing up to release “Living the Dream,” his fourth solo album. Fronted by singles “Driving Rain” and “Mind Your Manners” (above), Slash’s 12-song LP will once again feature Myles Kennedy on vocals, Brent Fitz on drums, Frank Sidoris on guitar, and Todd Kerns on bass. The effort will be produced by Michael Baskette, the same audio guru who worked on Slash’s previous album “World on Fire,” which the rock icon and his backing band visited the Stern Show to discuss in 2014. 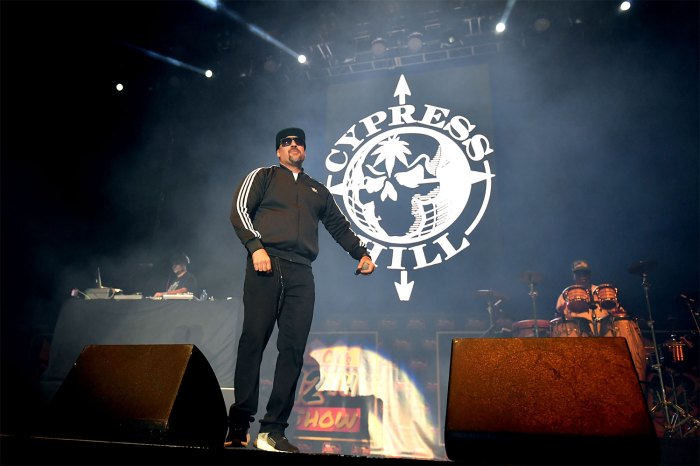 Hip-hop pioneers Cypress HIll are on the verge of dropping “Elephants on Acid,” their first album in eight years. Reportedly filled with everything from organs to sitars, the psychedelic rock-inspired album was produced by band member DJ Muggs. That should be great news for fans, considering the last two albums Muggs produced were the band’s critically acclaimed, multi-platinum debut “Cypress Hill” in 1989 and their equally popular follow-up “Black Sunday” in 1991.

While DJ Muggs and his bandmate B-Real haven’t stopped by the Stern Show in several years, Cypress Hill did recently drop a “Hit ‘Em With the Hein” tribute song in the vein of their hit ’90s track “Hits From the Bong.” Take a listen (below).

Some fans have all the luck, especially fans of two-time Rock and Roll Hall of Famer Rod Stewart, who is on the verge of releasing his 30th album. Titled “Blood Red Roses,” the 13-track LP hits shelves nearly 50 years to the day after the “Forever Young” singer signed his first solo recording contract. Rod teased the release in August with the single “Didn’t I” (above), featuring Bridget Cady.

As Stern Show listeners likely remember, Rod and his band performed live in-studio back in 2015, during a visit to promote his previous album, “Another Country.” In addition to wowing Howard and his listeners with a rendition of “You Wear It Well,” among others, Rod opened up about his lengthy career in rock and roll and shared stories about several of his high-profile collaborators, including fellow legends Ronnie Wood, Jeff Beck, and Cat Stevens.

Nearly a year after their iconic frontman’s passing, Tom Petty & the Heartbreakers are set to release “An American Treasure,” a 4-disc compendium of previously unearthed material. The box set covers a lot of ground and includes unreleased tracks, live recordings, newly arranged versions of hits, and more. The 60-song tome was put together with the help of Tom’s daughter Adria, his wife Dana, and his longtime musical collaborators Benmont Tench, Mike Campbell, and Ryan Ulyate.

Among the songs included on “An American Treasure” are a live 1997 version of “I Won’t Back Down,” a live 1977 version of “Breakdown,” the previously unreleased version of “You and Me” (above), and a live collaboration with singer Stevie Nicks. It also contains several new versions of tracks off Petty’s 1994 album “Wildflowers,” whose titular song pop star Miley Cyrus covered when she made her Stern Show debut in 2017, just days after Petty’s unexpected death. Take a listen here. 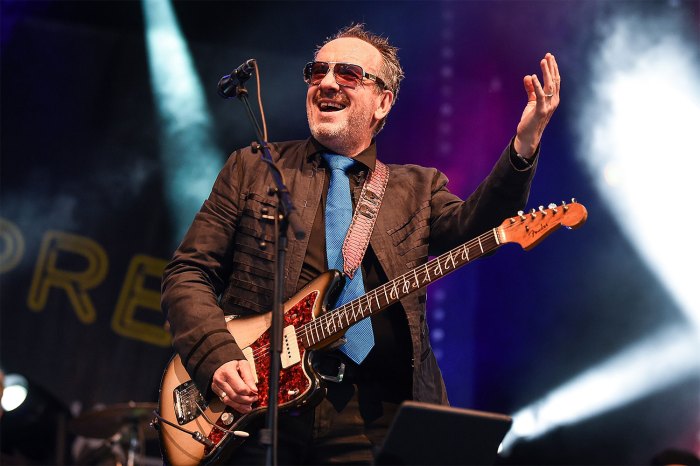 Elvis Costello fans waited 10 years for the Rock and Roll Hall of Famer to team back up with his band the Imposters, but they won’t have to wait much longer. Their 12-song LP “Look Now” is arriving in October and features contributions from the likes of Burt Bacharach and Carole King, among others.

Costello joined the Stern Show in 2015 to discuss his new memoir, and he and Howard dove deep into the annals of the famed musicians long and winding career. In addition to discussing the inspiration behind some of his most famous songs, Elvis opened up about an infamous “Saturday Night Live Appearance” and spoke fondly of collaborating with recent Stern Show guest Paul McCartney.

Rage Against the Machine, Audioslave, and Prophets of Rage guitarist Tom Morello has a much-anticipated solo album on the horizon featuring a diverse array of collaborators, from Portugal, the Man and Gary Clark Jr. to RZA and Killer Mike. During a recent interview with Metallica’s Lars Ulrich, Tom told the fellow Stern Show veteran that his plan was to make “a record that was the [Jimi] Hendrix of now,” chock-full of “guitar playing that is outside of the norm and is extraordinary.”

Morello, whose supergroup Prophets of Rage was recently the subject of a Howard 101 special, has already shared several songs off the new effort, including “Rabbit’s Revenge” (above), featuring Big Boi, Killer Mike, and Bass Nectar. 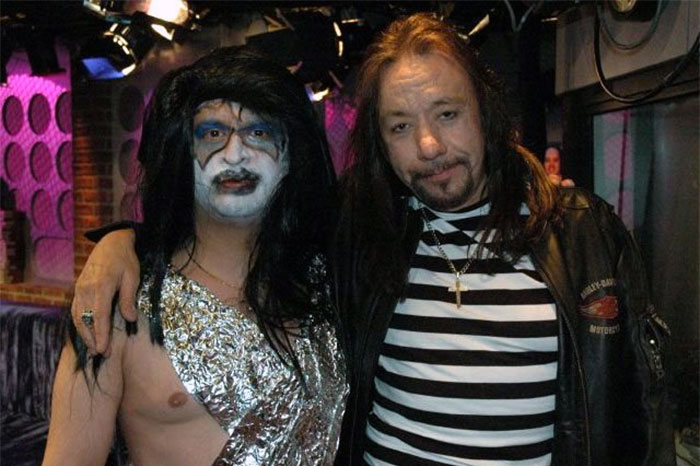 Kiss guitarist and co-founder Ace Frehley has named his upcoming eighth solo effort “Spaceman,” after his onstage persona when performing with the legendary rock act. As an added treat for the Kiss Army, Ace’s former bandmate Gene Simmons plays bass on two “Spaceman” tunes and co-wrote the LP’s opener, “Without You I’m Nothing.” In addition to eight all-new originals, the album also features a cover of Eddie Money’s “I Wanna Go Back.”

As Stern Show fans likely remember, Ace made a visit to the studio back in 2005 to discuss his music career and an upcoming movie. While he didn’t show up dressed like his Starman character, Stern Show staffer and Kiss super fan Sal Governale did (above). 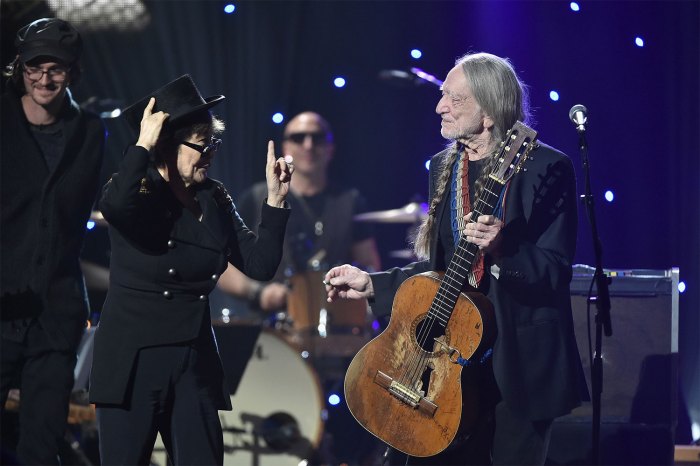 Yoko Ono gives 13 of her well-known songs a fresh coat of paint in October’s “Warzone.” In addition to tunes like “Hell in Paradise,” “Woman Power,” and the album’s titular track, the collection from Chimera Music includes a reinterpretation of John Lennon’s “Imagine,” which Yoko received a co-writing credit on in 2017.

When Paul McCartney joined the Stern Show this week, he spoke candidly of his friendship with John, his former Beatles bandmate, and also spoke of John’s oft-discussed relationship with Yoko. “Looking back on it … the guy was totally in love with her and you know, you just gotta respect that. So we did and I do,” Paul told Howard. 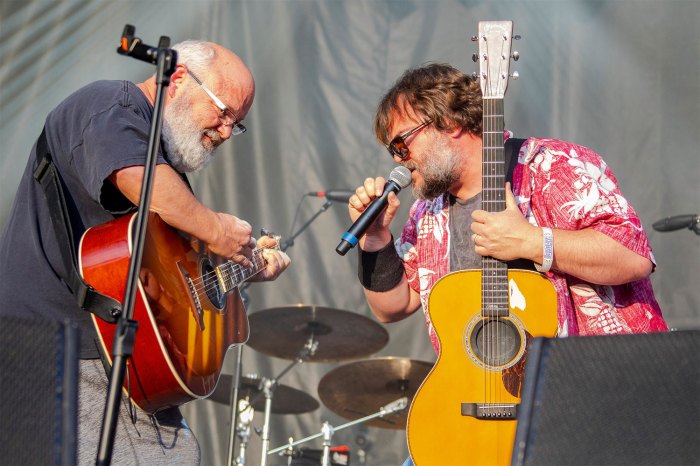 Jack Black and Kyle Gass recently announced plans to rock fans’ socks off once more with a brand-new Tenacious D album, “Post-Apocalypto,” and an animated web series of the same name. Rock legend and past Stern Show guest Dave Grohl will lend his hands to drum on the 21-song album, sliding into stores in November.

“Post-Apocalypto” is the duo’s first studio album since 2012’s “Rize of the Fenix,” also featuring Grohl on drums. Kyle and Jack stopped by the Stern Show that year to discuss a range of topics, including the new album and some of their musical comedy inspirations.

Muse looks to be unleashing the monster from within on “Simulation Theory,” the Brit rockers’ upcoming 11-track LP focusing heavily on the 1980s, nostalgia, science-fiction, and horror elements. The album cover was designed by “Stranger Things” artist Kyle Lambert and the music videos for its singles have been consistently trippy, including “Something Human,” which sees frontman Matt Bellamy transforming into a werewolf, and “The Dark Side” (above).