All the trailers, premiere dates, and information you need to prepare for the coming season

Synopsis: From creator Ben Edlund comes the hero you’ve been waiting for. In a world where heroes and villains have existed for decades, a mild-mannered accountant named Arthur (Newman) has his life turned upside down when he runs into a mysterious blue superhero, The Tick (Serafinowicz), who insists that Arthur become the brains to his brawn in a crime-fighting duo. Will Arthur resist the call of destiny or join the fight?

Synopsis: Pablo Escobar might be dead, but the drug trade is thriving. Season 3 of Netflix’s cocaine-fueled crime drama sees the D.E.A. tracking the Cali Cartel, which has set its sights on New York City.

Synopsis: “American Horror Story” is an anthology horror drama series created and produced by Ryan Murphy and Brad Falchuk. Season 7 picks up after the 2016 Presidential Election and will feature Stern Show veterans Chaz Bono and Lena Dunham as guest stars.

Synopsis: MacFarlane’s “Star Trek”-inspired comedy sees the past Stern Show guest playing Planetary Union officer Ed Mercer, a down-on-his-luck divorcee who finally gets the chance to command his own starship. Determined to prove his worth and start a new chapter, Ed discovers the first wrinkle in his plan when the First Officer assigned to his ship is his ex-wife, Kelly Grayson (Palicki). Jon Favreau, another Stern Show veteran, directed the pilot.

“Dancing With the Stars” Season 25 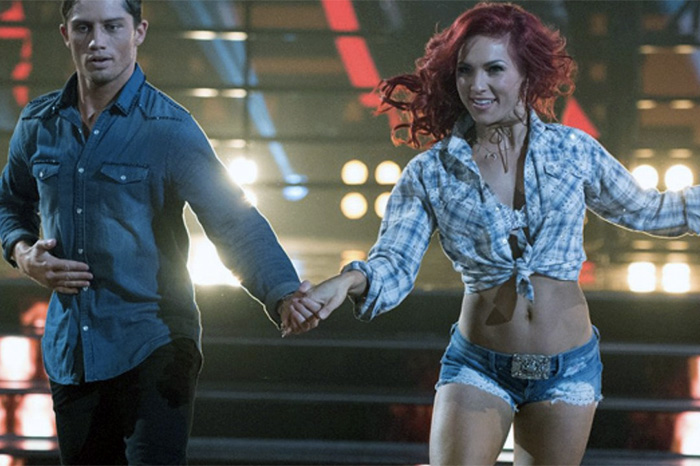 Stars: The Season 25 cast will be announced Sept. 6

Synopsis: NFL star Rashad Jennings won the last cycle of ABC’s long-running competitive dance show, which pairs celebrities with professional dancers and has them compete against other couples for judges’ points and audience votes.

Synopsis: Jerry Seinfeld will return to his roots for his Netflix debut, his first stand-up comedy special since 1998. The hour-long special will combine brand new jokes with vintage material he first wrote and performed in the 1970s.

Synopsis: Fox dropped a new sizzle reel at Comic-Con for Season 4 of “Gotham,” the network’s Batman-inspired police drama. If the trailer is any indication, the show is about get even darker as Bruce Wayne (Mazouz) loses his way and Jim Gordon (McKenzie) succumbs to the dark side. Penguin (played by Stern Show guest Robin Lord Taylor) seems to be having a rough go of it, too—but at least he has found a few ways to vent his anger. 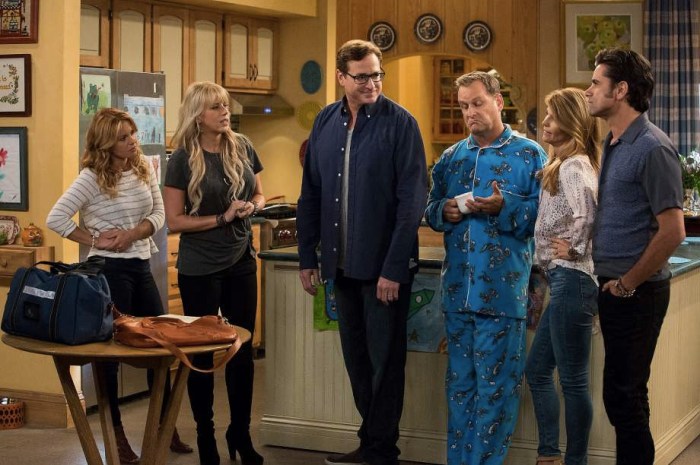 Synopsis: Netflix’s “Full House” revival returns for Season 3 and once again follows a widowed mother (Cameron-Bure) in San Francisco as she tries to raise her children with the help of her neighbors, her dad (Saget), and her uncles (Coulier and Stern Show regular John Stamos).

Synopsis: “Discovery,” set 10 years before William Shatner, Leonard Nimoy, and George Takei first explored the universe onboard the Enterprise, is the storied space franchise’s first new series in over a decade. The Bryan Fuller-helmed series begins as Michael Burnham (Martin-Green of “Walking Dead” fame) gets command of her own ship and immediately clashes with her Klingon rivals. 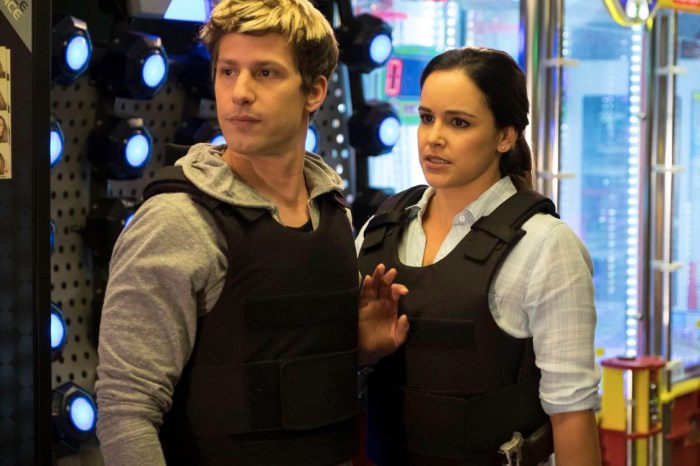 Synopsis: NBC’s critically acclaimed family drama follows the Pearson family across multiple generations. This season, Sylvester Stallone will join the show as a guest star and he’ll even be playing himself.

Synopsis: This brand new military drama follows the private and professional lives of elite Navy SEALs, including Tier One leader Jason Hayes (Boreanaz) who is a beast on the battlefield but finds things falling apart back at home.

Synopsis: Loosely based on Kroll and co-creator Andrew Goldberg’s teenage years, the animated Netflix comedy depicts hilariously raunchy Hormone Monsters (voiced by Kroll and Rudolph) disrupting the lives of teenagers by coercing them into doing everything from throwing temper tantrums to sleeping in their own ejaculate.

Synopsis: “Inhumans,” ABC’s latest Marvel-inspired drama, follows a dysfunctional royal family from another planet whose in-fighting eventually spills over to Earth. As it’s based on a comic book, the feuding family members also possess super powers. The trailer (above) focuses heavily on Maximus (Rheon), who played Ramsay Bolton on HBO’s “Game of Thrones.”

Synopsis: Despite once telling Howard the odds were against a “Curb” comeback, “Seinfeld” co-creator Larry David will once again play his curmudgeonly self on an all new season of “Curb Your Enthusiasm.” After a five year hiatus, he’ll be returning alongside a slew of big-name guest stars including Nick Offerman, Bryan Cranston, Elizabeth Banks, Lauren Graham, Ted Danson, Mary Steenburgen, and recent Stern Show resident Jimmy Kimmel.

Synopsis: The single-camera, action-comedy pairs together a cynical ex-detective (Robinson) with a loopy “true believer” (Scott) and tasks them with saving the entire planet from aliens and other paranormal threats.

Synopsis: From Director Bryan Singer, and in association with Marvel Television, comes an X-Men-adjacent action-adventure family drama following a suburban couple whose lives are shook after they realize their children possess mutant powers.

Synopsis: If the Comic-Con trailer for Season 3 of “Supergirl” is any indication, National City’s favorite crime-fighter is done playing human. Melissa Benoist stars on the DC-inspired drama as Superman’s cousin Kara Zor-El. She has spent the past few years getting lattes by day (as Kara Danvers) and saving her city at night (as Supergirl), but in the trailer for the new season she reveals she’s kicking her human alter ego to the curb.

Synopsis: Barry Allen (Gustin) is back on CW’s DC Comics-inspired adaptation of “The Flash.” In addition to showing off more of Barry’s super-speed, trailers for Season 4 tease an increased role for the hero’s longtime love interest Iris West (Patton).

Synopsis: DC’s superhero ensemble series “Legends of Tomorrow” released a Season 3 trailer at Comic-Con showing the rag-tag band of time-traveling do-gooders encountering some of their biggest challenges yet, from ferocious dinosaurs to … the Moon?

Synopsis: Rami Malek, who will soon be playing Freddie Mercury in the upcoming Queen biopic “Bohemian Rhapsody,” stars as Elliot, a clinically depressed, drug-addicted New Yorker who works as a cyber security expert by day and a hacker by night.

Synopsis: Based on the ubiquitous 1980s prime-time soap opera of the same name, “Dynasty” is a decadent, sex-filled drama about a spoiled heiress who comes home to find a new rival in her gold-digging stepmother.

Synopsis: “Arrow,” the DC-inspired superhero drama that paved the way for everything from “Gotham” to “Supergirl,” shows no signs of slowing down as it heads for Season 6. In the Comic-Con trailer for the upcoming season (above), we see Star City’s hero Oliver Queen (Amell) isn’t the only one who knows how to use a bow and arrow.

Synopsis: Reportedly inspired by the incredible life and career of recent Stern Show guest Jamie Foxx, “White Famous” follows an up-and-coming African-American comedian (Pharoah) on the cusp of making it big in Hollywood.

Synopsis: Negan (Dean Morgan) is back and nastier than ever on Season 8 of AMC’s long-running zombie drama “The Walking Dead.” The extended look at the new season also features a plethora of zombies as well as updates on several survivors, including Carol (McBride), Daryl (Reedus), and Rick (Lincoln). Rick’s new storyline might prove most intriguing among fans, as the trailer shows him waking up in a pristinely maintained hospital sporting a long, white beard—perhaps lending credence to a persistent fan theory which wonders whether the entire zombie apocalypse is just a nightmare Rick is having in the hospital.

Synopsis: Comedian, actor, and recent Stern Show guest Tracy Morgan plays a paroled convict who is horrified to return home to a completely gentrified Brooklyn, especially considering his ex-girlfriend (Haddish) has married a wealthy white man in his absence.

Synopsis: The ’80s are back and creepier than ever on Season 2 of “Stranger Things.” Set to Michael Jackson’s “Thriller,” the official trailer (above) starts off innocently enough, with the boys fighting digital dragons on a coin-operated arcade game, but in the blink of an eye Will (Schnapp) finds himself glimpsing back into the Upside Down and at a ruined version of his small town.

Synopsis: Inspired by the ’70s TV series and the 2003 film with Stern Show guests Jeremy Renner and Samuel L. Jackson, “S.W.A.T.” follows a locally born and raised S.W.A.T. sergeant (Moore) after he’s tasked to run a specialized tactical unit that is the last stop in law enforcement in Los Angeles. 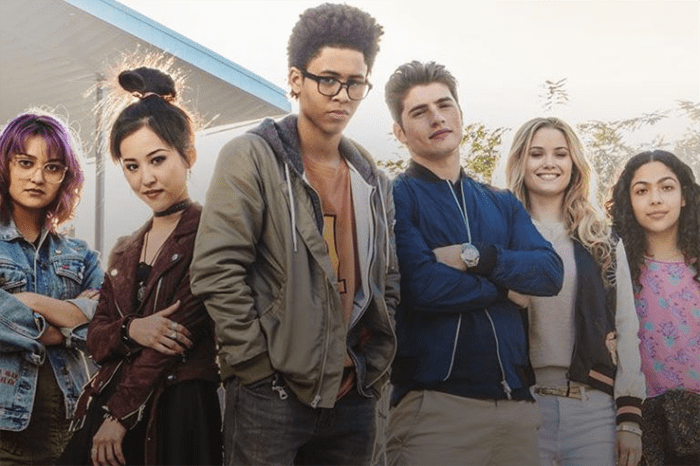 Synopsis: Six teenagers join forces to battle a common foe — their supervillain parents — in this Josh Schwartz (“The O.C.”)-created series adapted from a Marvel comic of the same name.